Ibiza and Mallorca Rocks with HAIM and The 1975… 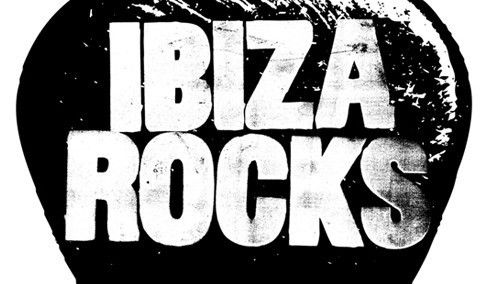 Ibiza and Mallorca Rocks with HAIM and The 1975…

It may be cold outside but the heat is on at Rocks HQ as excitement builds for what’s going to be the strongest Rocks line up ever. Taking the hugely coveted opening party slot in 2014 is the hottest new band in the world right now, HAIM, whilst week two will welcome the biggest British breakthrough band of the year, The 1975.  Two weeks, two debut Balearic shows from two No.1 international artists.

Hailing from the San Fernando Valley, California, HAIM follow in the footsteps of huge international artists Biffy Clyro, Ed Sheeran and Jake Bugg by headlining the Rocks opening parties and kicking off summer 2014 off in super hot style. Sisterly love abounds when HAIM take to the stage; winners of BBC’s Sound of 2013, they stole the show on the Pyramid stage at Glastonbury this year before being hand-picked to support Mumford and Sons on their worldwide, sold out tour.  HAIM’s debut album ‘Days Are Gone’ received critical adoration, monster sales and a UK No.1 and they just claimed a career milestone with a stunning performance on Saturday Night Live, further propelling the sisters to global superstardom as they embark on their own world tour.  Rocks will proudly bring HAIM to Mallorca Rocks (03/06) and Ibiza Rocks (04/06) for their debut live shows under the sweet Balearic stars.

HAIM said: “Ibiza and Mallorca Rocks are going to be insane. We literally cannot wait to get there. Book your flights NOW.”

Week two will see another brilliant breakthrough band take to the famous poolside Rocks stage. Like HAIM, The 1975’s (self-titled) platinum debut topped the UK album charts and cemented their status as the home-grown success story of the year. With a run of sold out headline shows including 3 consecutive gigs at Brixton Academy and a special show just announced at London’s prestigious Royal Albert Hall, the Manchester indie-pop quartet are in huge demand.  The 1975 will headline Mallorca Rocks (10/06) and Ibiza Rocks (11/06), bringing with them their infectious set list of hits including ‘Chocolate’, ‘The City’ and ‘Sex.’  Clearly looking forward to it already, frontman Matt Healy said “Looking forward to Ibiza and Mallorca Rocks…we’re going to go f*cking bananas!”

Shane Murray, Promoter, said: “What a way to kick off next summer poolside at Ibiza and Mallorca Rocks. It’s a real coup to confirm Haim and The 1975 so early. They are two of the biggest breakthrough acts of the year and se the bar pretty high for the rest of the 16-week season. On top of this we’re about to launch Ibiza Rocks the Snow in Meribel next week so all in all it’s a really exciting time for the brand.”

Offering a choice of quality accommodation options at exceptional value, Mallorca Rocks every Tuesday from 03 June – 16 September and Ibiza Rocks every Wednesday from 04 June to 17 September.