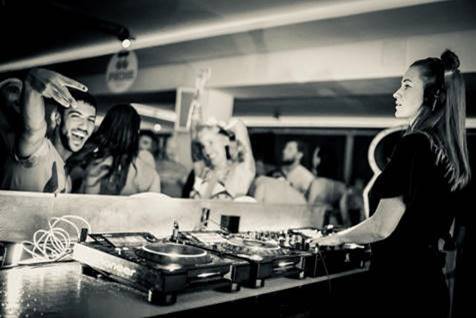 The sound of Ibiza is coming to London radio station, FLEX FM, every Monday until 27th July from 4pm – 6pm (GMT) in a special, four-week residency. The ‘Inside Ibiza’ radio show’ – which airs live from Tantra Ibiza and is also broadcast on Sunday nights on FLEX FM between 11pm and 3am – will bring a new Monday edition to the drive time slot as regular host, London Haarlem, goes on tour. Presented by Tantra Ibiza resident, Maxine Garman, listeners can expect the freshest new music and the latest news from the world’s party capital, Ibiza. Tune in via FLEX FM 101.4 FM or via www.tantraibiza.com.

Since 2013, Ibiza White FM has been delivering cutting edge sounds to audiences around the world from an illustrious list of emerging and established artists, out of its home at Tantra Ibiza in Playa D’en Bossa. From daytime sessions in house, funk and soul, to after-dark sets with tech and deep house, Ibiza White FM has a sound for everyone. With a current programme featuring shows from Claptone, Stefano Noferini, The Cube Guys, Solardo, Steve Lawler and Glitterbox, it’s a one stop shop for lovers of quality electronic music everywhere.

Host of the ‘Inside Ibiza’ radio show’, Maxine Garman, is a DJ and producer with her finger firmly on the pulse of Ibiza’s club scene making her the island’s perfect tour guide. Her show now on Monday’s on FLEX FM – a station to have gone from underground pirate beginnings to now being a fully-fledged licenced station – brings news of the biggest and unmissable parties, the latest happenings at Pacha, Amnesia, Hi, Sankeys and Privilege, and other exclusive, under the radar announcements. With a CV including a residency at London house / techno night TAKE, supporting the likes of Seth Troxler, Doorly and Eats Everything, playing at the Fiesta & Bullshit Sol House Rooftop opening, and her remixes of Fancy Inc ’Synthesis’ and Rosie Gaines’ classic 'Closer Than Close’, listeners will be in good hands with Maxine at the helm.