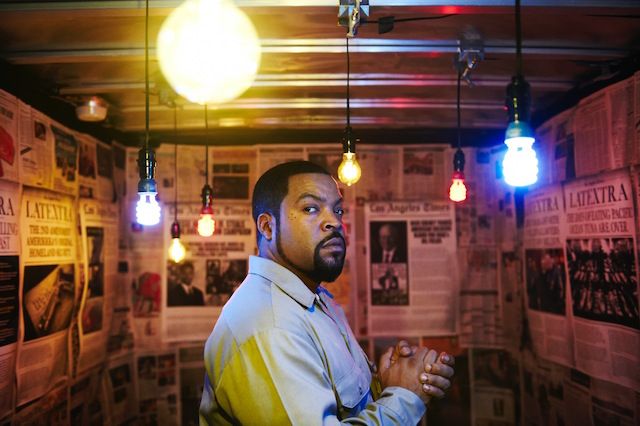 Due to surgery, A Tribe Called Quest have had to cancel their scheduled shows in Europe this summer. Taking their place, legendary rapper Ice Cube will play his first ever show at Roskilde Festival. The Danish festival has also added newly reformed hip-hop heroes Digable Planets.

Q-Tip, front man of A Tribe Called Quest, has sustained a shoulder injury and will have to undergo surgery, forcing the group to cancel their European summer shows, including Roskilde Festival. The non-profit festival’s bookers have worked hard to find a replacement. The legendary group will be replaced by another legend: Los Angeles rapper Ice Cube will fly in for a very rare European performance.

Ice Cube is known for both his musical and his acting skills. He kicked off his career in the 1980s with Dr. Dre, amongst others, as part of N.W.A whose controversial story was told through the hit film ‘Straight Outta Compton’.

His solo career has offered iconic albums such as ’AmeriKKKa's Most Wanted’ and ’Death Certificate’, and rumour has it that a new album will surface in 2018. Ice Cube was one of the headliners at last year’s Coachella, and his forthcoming Danish show will be his very first at Roskilde Festival where he will play the iconic Orange Stage.

Additionally, the bookers have persuaded Grammy-winning hip-hop trio Digable Planets to cross the Atlantic for an exclusive European show. This is particularly good news for fans of the more laidback and jazzy hip-hop from the East Coast.

Both Digable Planets and Ice Cube will play on Saturday 1st July.

Head of Programme Anders Wahrén says:
“We had obviously really looked forward to presenting A Tribe Called Quest this summer, but we fully understand the doctor’s strict orders that Q-Tip cannot perform after his surgery. We have been hard at work the past couple of days to confirm Ice Cube and Digable Planets even though neither of them is currently touring. Digable Planets will fly to Europe only for this show, and Ice Cube has managed to fit the show into his busy schedule in the middle of a basketball tournament he is organising. Both acts are hip-hop legends in very different ways, and we are certain that our audience will look forward to experiencing the big influence they have each had on American hip-hop.”