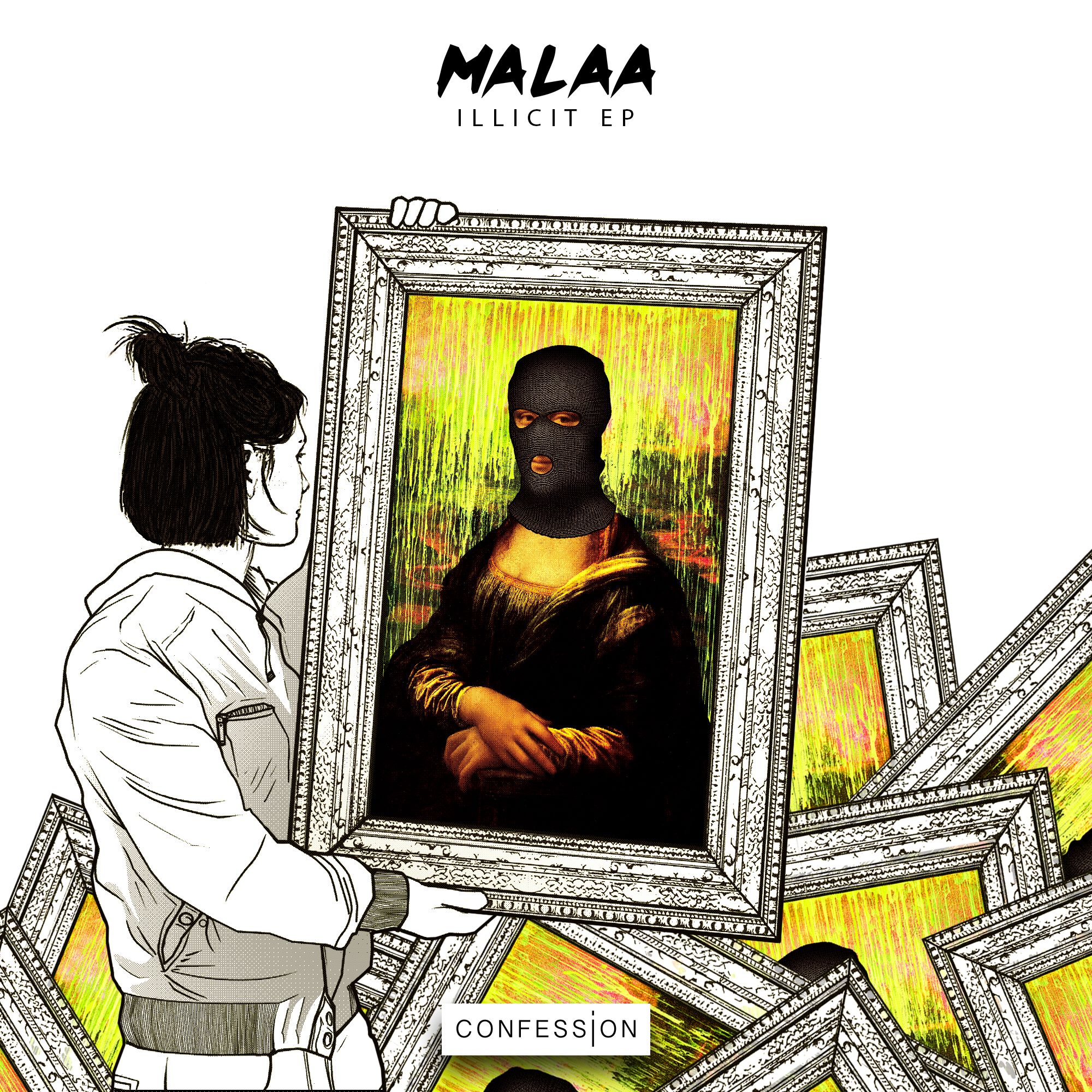 'Who is Malaa?' might be one of the most intriguing question circulating dance floors today. Although no one seems to know his identity, the masked producer has been no stranger to success over this past year, accumulating nearly 5 million Soundcloud streams across his rapidly expanding library. Closely following two newly released hits, 'Diamonds' and 'Arsenic', he's back with a massive 4-track EP, titled 'Illicit' – out now via Tchami's imprint Confession.

Malaa introduces his first ever EP 'Illicit' with a-minute-and-a-half monologue preparing his listeners for what can only be described as an insane, and wholeheartedly unique sonic adventure. The trademark vocal distortion matched with a suspenseful, rising ambiance readies fans for the haunting journey through 'Illicit'. The EP’s first true track ‘Diamonds’ has been a track that fans have been yearning for since the likes of DJ Snake, Tchami and Malaa himself teased it at Ultra Music Festival in Miami this past year. 'Frequency 75' features a tight mix of eccentric percussion samples to find its match in Malaa's heavy electro bassline, and his signature lo-fi vocal cuts. 'Danger' drags its listeners into Malaa's masked and twisted atmosphere as it boasts massive bass wobbles layered with a hard-hitting kick-snare pattern, followed abruptly by a merciful breakdown perfectly rounding out the undeniably heavy EP.

Illicit marks yet another top-notch release from Tchami's imprint Confession. For cutting edge underground house music, his young label has proven to be THE most consistent outlet. Keep your eyes open for further releases from Confession, and be on the lookout for new Malaa over the coming months via the links below!