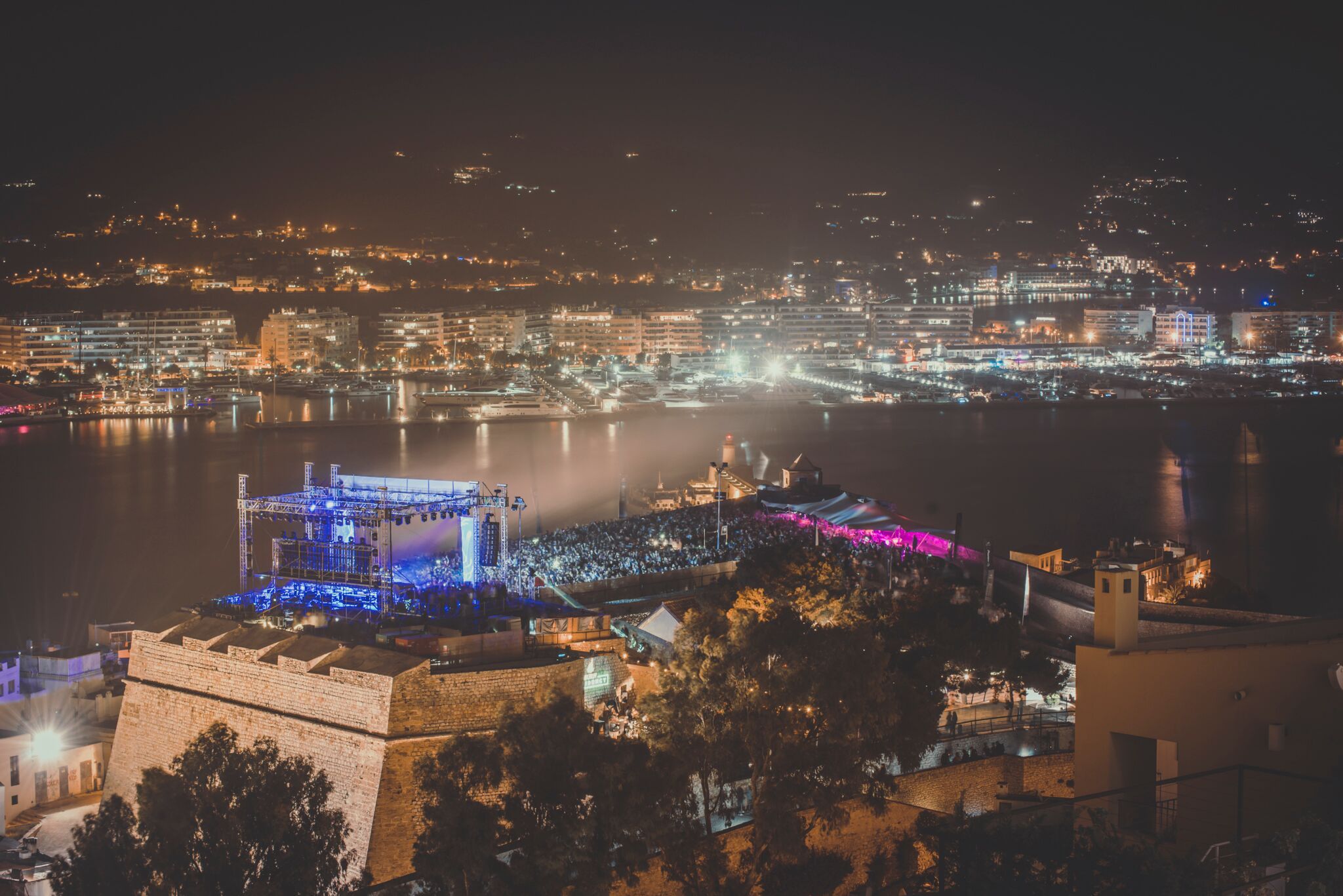 “Very excited for this year’s IMS Dalt Vila grand finale. It’s always interesting to play B2B with new people and push your performance into unknown territory, but I’m particularly looking forward to seeing what happens with SAMA’and I…the story of her rise in Palestine really resonates with my own upbringing in post-war Lebanon and I’m excited to get to know her both on and off the decks.”
Nicole Moudaber

A series of unique DJ pairings and back to back performances have been specially curated for this unmissable event of the Ibiza opening week, featuring some of the most respected and innovative DJ’s on the international circuit and setting the bar high for all events to come across the summer. House and Techno legends and trailblazers will perform at the 2,500-year-old former fort as the sun sets and day turns to night, framed by the Mediterranean Sea and the historic Catedral de Eivissa.

One of the most prominent names in the international scene, Nicole Moudaber, will be joined by Sama’, a pioneering and fast emerging producer, DJ and composer whose recent Boiler Room stream from Palestine has had over 1.5 million views. Sama’ leads the underground movement in the region and will also talk at IMS Ibiza about the scene there.

Also performing will be Italian born Joseph Capriati, an artist with a career spanning over a decade, who will play alongside BBC Radio 1’s legendary Pete Tong, also a co-founder and curator of IMS. Grammy Award winning DJ and Producer David Morales, best known for shaping the global house music scene and widely considered to be one of the first true superstar DJs will be joined by Luciano, one of electronic music’s most influential and trailblazing DJs, resulting in a truly rare combination. Adding further strength to the line-up and sharing the booth are home grown Ibizan talents Manu Gonzalez and Anna Tur.

Completing the line-up will be a solo performance from Charlotte de Witte, who will bring her signature style of stripped-down techno to the unmissable event.

This spectacular line-up and seven-hour musical celebration will deliver a unique atmosphere and rare chance to dance under the stars in one of the most extraordinary locations in the world, broadcasting live globally on over 80 radio stations in over 50 countries on Nicole Moudaber’s ‘In The MOOD’ radio show.

Tickets are available now for €55 plus booking fee from www.internationalmusicsummit.com

International Music Summit is an educational, inspirational and motivational thought leadership platform dedicated to creating and encouraging the awareness of, and appreciation for, electronic music, and the artistry related to DJing and related art forms – primarily through the presentation of summits and events that celebrate both the historic and ongoing contribution of the genre to culture worldwide. IMS annually hosts major events globally in Ibiza, Los Angeles, China and Malta. IMS was created by Ben Turner, Danny Whittle, Mark Netto, Pete Tong & Simeon Friend. www.internationalmusicsummit.com