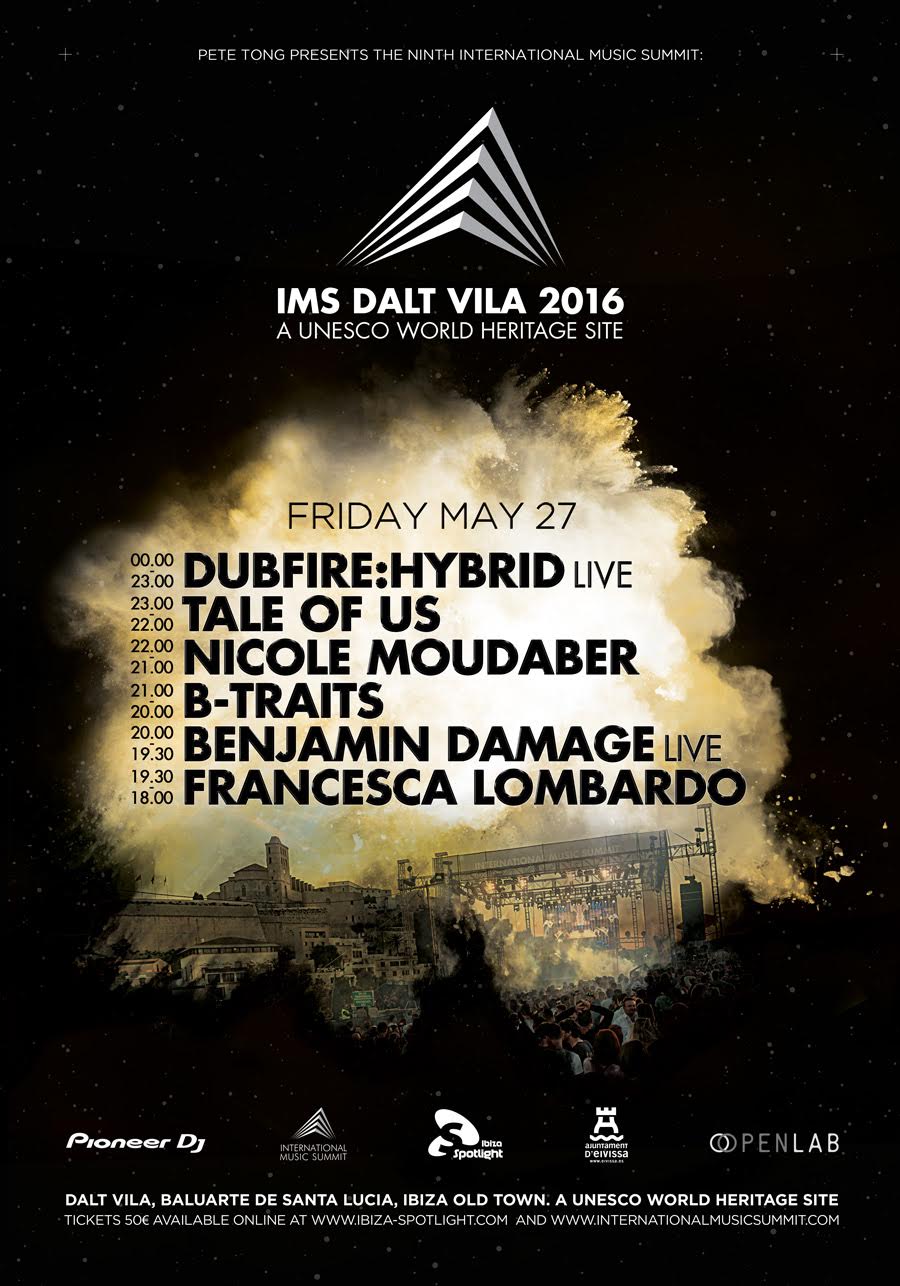 Ahead of its return to Ibiza this May, leading electronic music conference IMS has announced the line-up for their flagship open air party at Dalt Vila on Friday 27th May. Designed to set the tone for the season ahead, the party will play host to an array of industry visionaries who will take the helm at Ibiza’s stunning World Heritage Site, Dalt Vila.

With the Ibiza programme also featuring an array of panels, workshops and parties from various influencers across the electronic music scene, its impact on the genre can be felt far and wide. Expanding globally with conferences in Los Angeles for IMS Engage and Singapore for IMS Asia-Pacific, the summit continues to grow and launched a debut IMS in Shanghai, China in 2015 – with plans recently unveiled for a reimagined and united new IMS Asia-Pacific effort in 2016.