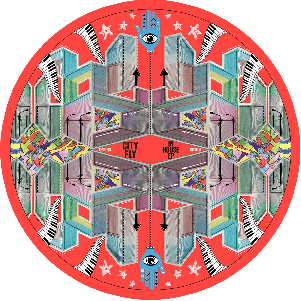 The Leicester label has been championing quality house music since 2011, with the likes of Basic Soul Unit, Flori, Kez YM, Red Rack’Em, Creative Swing Alliance and Tim Toh all appearing on its discography. However, on this occasion the latest wax features the talent of the home team with each track coming from the City Fly crew themselves, honing in on the imprint’s trademark sound of deep, authentic and uncompromising house music.

The release opens with a laidback groover titled ‘Henry Western’, a collab between Jonna & Samwell featuring the unstoppable Lady Blacktronika. It’s a heads down, no nonsense affair with moody chords underpinning mournful vocals that ooze with soul. Next up is the smooth, loopy disco of Last Trip to Gandahar’s ‘R136a1’ – a classic cut that even Soundstream himself would be proud of.

Moving on, ‘Without You’ by Darran P balances silky Rhodes with melancholic vocals, until J’Shez’s remix of Flori’s ‘Holloway’ concludes the release in mesmerising fashion.