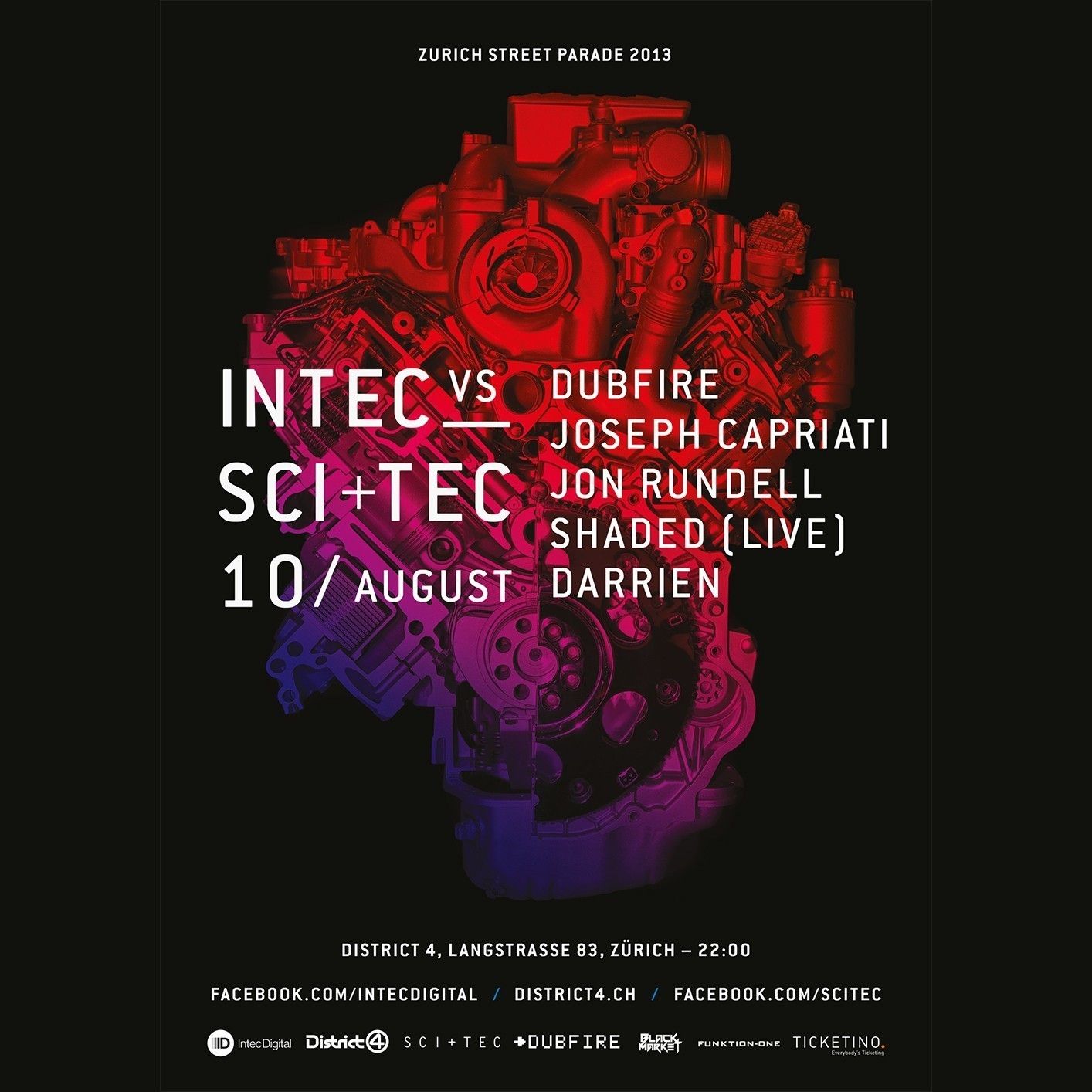 Continuing their hugely successly tour of Europe with nights at London’s XOYO and Ibiza’s ledgendary Space already under their belts, Intec are back with their third installment on August 10.

What better place to showcase their label and talent than one of the world’s largest and most profound techno parties and the world’s only remaining street parade party – Swizerland’s Zurich Street Parade. Where this year, the Parade celebrates it’s 20th Anniversary – 20 years of promoting peace, love and tolerance.

This time Intec have teamed up with the mighty Dubfire and his record label SCI+TEC. “They stand for and believe in the same principles as we do. It’s all about the music and nothing else” explains Intec head Jon Rundell. Taking place at Zurich’s renowned District 4 club, Jon Rundell and Dubfire will be heading their respective labels, whilst completing the line up is SCI+TEC’s Shaded, performing live, along with new Intec signing Joseph Capriati (look out for big news on a remix coming later in the year), and Swiss local, Darrien.

This announcement comes only weeks after Intec’s sell out night at Space, where Jon was joined on the famous terrace by Ben Sims, Marco Bailey and Pirupa. “It was unreal,” says Jon. “Early July is traditionally a quieter period in Ibiza, but we took the opportunity to keep it real and it paid off. 2.5k techno lovers on the inside and outside terrace, staying with us until the very end.”

And what can we expect from the Zurich party? “The same intense musical experience you get at all the Intec parties,” says Jon. “Diverse sounds, low lighting and a strong message of being underground together.”

Stay tuned for news regarding Intec’s next ‘Pure Intec’ event in London, preceeding a massive ADE party with Awakenings in October.