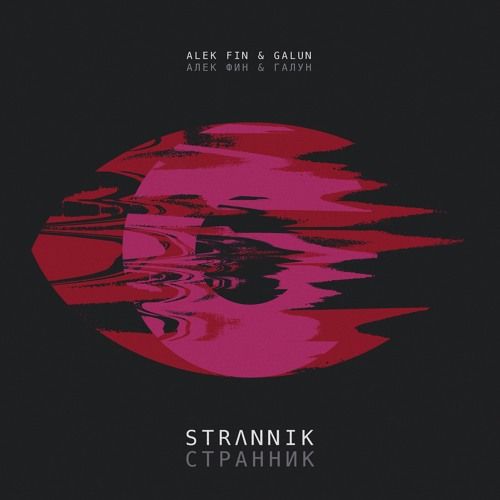 Following the success of their previous collaboration ‘Golden, Blinding’, Californian singer Alek Fin and Moscow-based producer Galun have teamed up once again to deliver their beguiling new ‘Strannik’ EP, set to drop 27th May 2016.

Bolstered by a quilt of seductive tones and subdued production, the duo’s collaboration is a spellbinding blend of electronica and chillwave: finding a place on the axis between the house and jazz-fused production styles of Bonobo and James Blake, and the electro-pop musings of artists like Future Trends and Deco Child.

The project is an enticing testament to the digital age; where strangers from across the globe can come together to create music while remaining continents apart. Although the pair have never actually met, their music tells a very different story. Innately rhythmic and gorgeously produced, tracks like ‘Clone’ and ‘Omens’ are polished off by spectral vocals and throbbing bass lines, flawlessly dovetailing their respective styles. Two features from Moscow-based producer and keyboard arranger YJMB, who is also a member of Galun’s live electronic band Amur Tiger Arkestra, buoy the release, with ‘Faces’ echoing Radiohead and ‘Cold’ – to which he contributed the backbone of synths and arpeggiators – raising the tempo with its heady percussive layers. Whilst ‘Fall’ oozes swirling, ominous production punctuated by punchy beats, it is lead single ‘Ionosphere’ which arguably best exemplifies the EP. Bringing together a swell of angsty textures, mellow grooves and channels of slow-burning rhythms, it forms electronic pop at its melodic and eerie best.

No strangers to collaboration, Alek Fin (real name Adam Finkel), who has previously worked with Robot Koch and produces for a number of local L.A. artists, and Galun (Sergei Galunenko) – who first crafted a career collaborating with a range of Russian artists as a talented beatboxer – first crossed paths when both were included on the same blog’s "Top 100 Tracks of 2013". From the offset, geographical distance seemed no issue: in Galun’s words, "I found him, and I knew I wanted to work with him. I thought we could really add something to each other’s music, despite us living over 6000 miles apart", whilst Fin was equally impressed with the Russian producer’s "manipulation of vocal percussion and inspiring melodies".

Melding Fin’s hallmark basement rhythms and ghostly textures, which saw his 2015 ‘Án Mynda’ EP win him fans including Hillydilly, PopMatters and XLR8R, with Galun’s DIY take on beatboxing, which has seen him praised by no less than the Guardian, ‘Strannik’ not only represents a successful musical collaboration, but also the power and reach of art in the digital age.

Beautifully balanced by the subtle poise of chillwave and the dynamic rhythms of electro-pop, ‘Strannik’ is an intrinsically atmospheric and truly masterful EP which portrays a creative shared imagining between two artists in their element.