HAAi - It’s Something We Can All Learn From 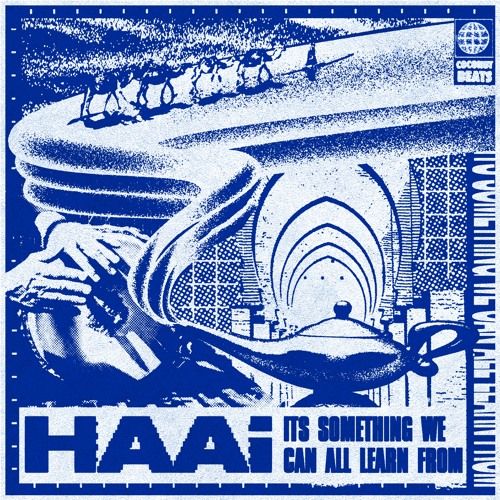 HAAi - It’s Something We Can All Learn From

London based, Australian born DJ and producer HAAi continues to go from strength to strength with a new original track, ‘It’s Something We Can All Learn From’. Released via her own label Coconut Beats, it is now available to download from Bandcamp or to stream on Soundcloud and Youtube.

The production is HAAi’s first original track to come out following the huge success of last summer’s ‘Motorik Voodoo Bush Doof Musik’ EP. Speaking about the release, she says “This track was made from field recordings from Marrakech. I made it whilst in airports, on planes n trains around Europe recently. I felt like making something fun n fruity for the early hours in the club and here it is…"

The release comes just ahead of HAAi’s landmark all night headline show at Mick’s Garage on the 16th March – her first since the end of her celebrated Phonox residency. Her international tour schedule continues to fill up, with dates at Sonar Istanbul & Barcelona, Beat Hotel Marrakech, Concrete in Paris, DGTL, Nuits Sonores, Field Day and Love International in Croatia being just a few upcoming highlights.

It also coincides with HAAi being announced as the latest DJ to host a slot on BBC Radio 1’s Residency. The Residency series is the BBC’s Sunday’s night guest slot for the hottest names in dance music to share their favourite records for an hour – previous hosts include The Black Madonna, James Blake, Peggy Gou, Mura Masa and Bradley Zero. The news was shared when HAAi appeared on Annie Mac’s show for an interview on Friday 1st March.

The Residency follows HAAi winning the title of the BBC’s ‘Essential Mix of the Year’ for her 2018 contribution to the long running mix series, beating out competition from Four Tet, Ricardo Villalobos and Avalon Emerson, and following in the footsteps of previous winners Helena Hauff, Midland and Caribou.

HAAi is no stranger to hosting radio shows, having hosted her own monthly Coconut Beats show on Worldwide FM for the past year after catching the ear of Gilles Peterson. Speaking about her new BBC opportunity, she says:

“I’m very psyched to bring a taste of my music to the Radio 1 residency. Every month I’ll be taking a  journey  thru the music I care about the most from all around the globe. I can’t wait to get started.”