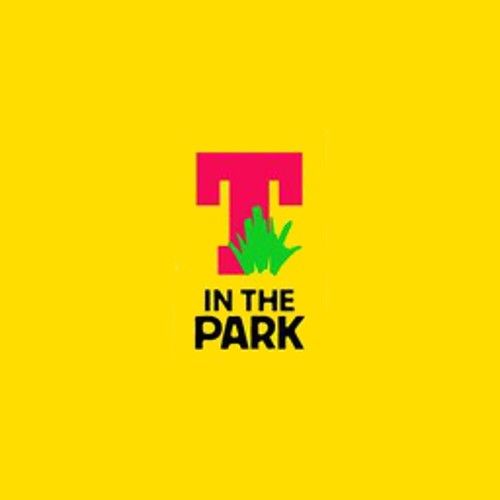 T in the Park 2014 is officially underway, as the first Thursday campers arrived today to a glorious sun-soaked site. The campsite gates opened this afternoon, with festival organisers DF Concerts and founding partner Tennent’s Lager welcoming the first fans to the festival. The famous campsite roar is once again echoing around the sunny fields to mark the beginning of what will be an incredible send-off party for Balado, the festival’s much-loved Kinross-shire home of 18 years, ahead of T in the Park’s move to a brand new site from 2015 within the beautiful grounds of Strathallan Castle.

There’s still time for music lovers to make sure they’re part of the celebrations and get their hands on the last few remaining weekend camping tickets. Due to phenomenal demand, organisers have released an additional batch of Saturday and Sunday day tickets, which are available now from www.tinthepark.com.

As temperatures soar, festival organisers are urging fans to take care in the sun and prepare for all weather – bring sun cream and drink lots of water. Fans should also plan their journey in advance.

The daily crowd of 85,000 T in the Parkers are getting ready to mark the end of an era at Balado with an epic weekend of incredible live music and festival entertainment, including performances from headliners Biffy Clyro, Calvin Harris and Arctic Monkeys plus Paolo Nutini, Pharrell Williams, Paul Weller, Steve Angello, Elbow, Disclosure, Pixies, Chvrches, The Human League, Tame Impala and loads more across this weekend, 11th – 13th July.

Festival Director Geoff Ellis was there to open the campsite gates this afternoon, he said:  “The moment we open the campsite gates and welcome the first campers to the festival is my favourite moment of the weekend every year, and it was even more poignant this year as it’s the last time we’ll welcome Thursday campers to Balado. There was a fantastic atmosphere today and an incredible buzz amongst the fans, who are as excited as we are about the weekend ahead. We hope everyone has a great time, and we can’t wait to celebrate one final year of T in the Park at Balado with the greatest audience in the world.”

George Kyle, Head of Sponsorship, Tennent’s Lager, said: “The sun is shining, the atmosphere is wonderful already and we’re once again looking forward to the greatest weekend of the year. We’re very proud to be founding partner of this great festival, and from all of us at Tennent’s Lager, we hope you all have a brilliant weekend bidding a fond farewell to Balado.”

Thursday campers will be treated to spectacular entertainment that gets underway today with THE MIDNIGHT BEAST Presents A DIRTY WEEKEND in the Scottish Sun Big Top, before over 200 artists from across the globe descend on Balado for T in the Park’s biggest ever Friday bill, which will see fan favourites Biffy Clyro headline the festival for the first time.