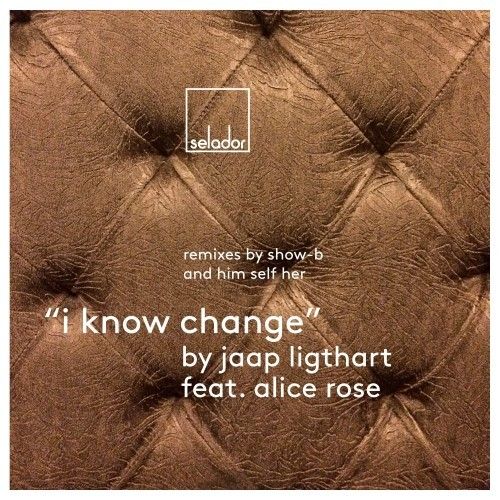 “It’s hard to believe that it’s exactly two years since we launched our beloved label. It really has flown by in the blink of an eye! And so, to mark the occasion of 24 successful months in business, we bring you release No. 24. You could call it OCD behaviour but we like to think of it as symmetry.” – Steve Parry (Selador Recordings)

Step forward Mr Jaap Ligthart, a Dutchman who has been on Steve & label -partner Dave Seaman’s radar for some time now with a number of fantastic edits and re-workings, and who is now making the natural transition into original productions. Together with Ms. Alice Rose, a vocalist whose past credits include guesting on tracks for the likes of Gabriel Ananda and Eagles & Butterflies, they’ve created something rather special indeed.

“I Know Change” is a sensuous piece of work – Deep House in the very real sense of that phrase. And that is something that the remixers on this project have truly understood. Both Him Self Her and Show-B have delivered exquisite interpretations that give the whole package an overriding sense of class and quality.

Him Self Her keep things deep and moody with a restrained, atmospheric, sophisticated piece of work, whilst Show-B heads into slightly tougher territory encapsulated by some distinctive rollercoaster percussion effects that have already seen many tastemakers, including Ame, Dixon, Sasha, Mano Le Tough & Adratique showing their support. And if all that wasn’t enough, they both deliver vocal free dubs too!