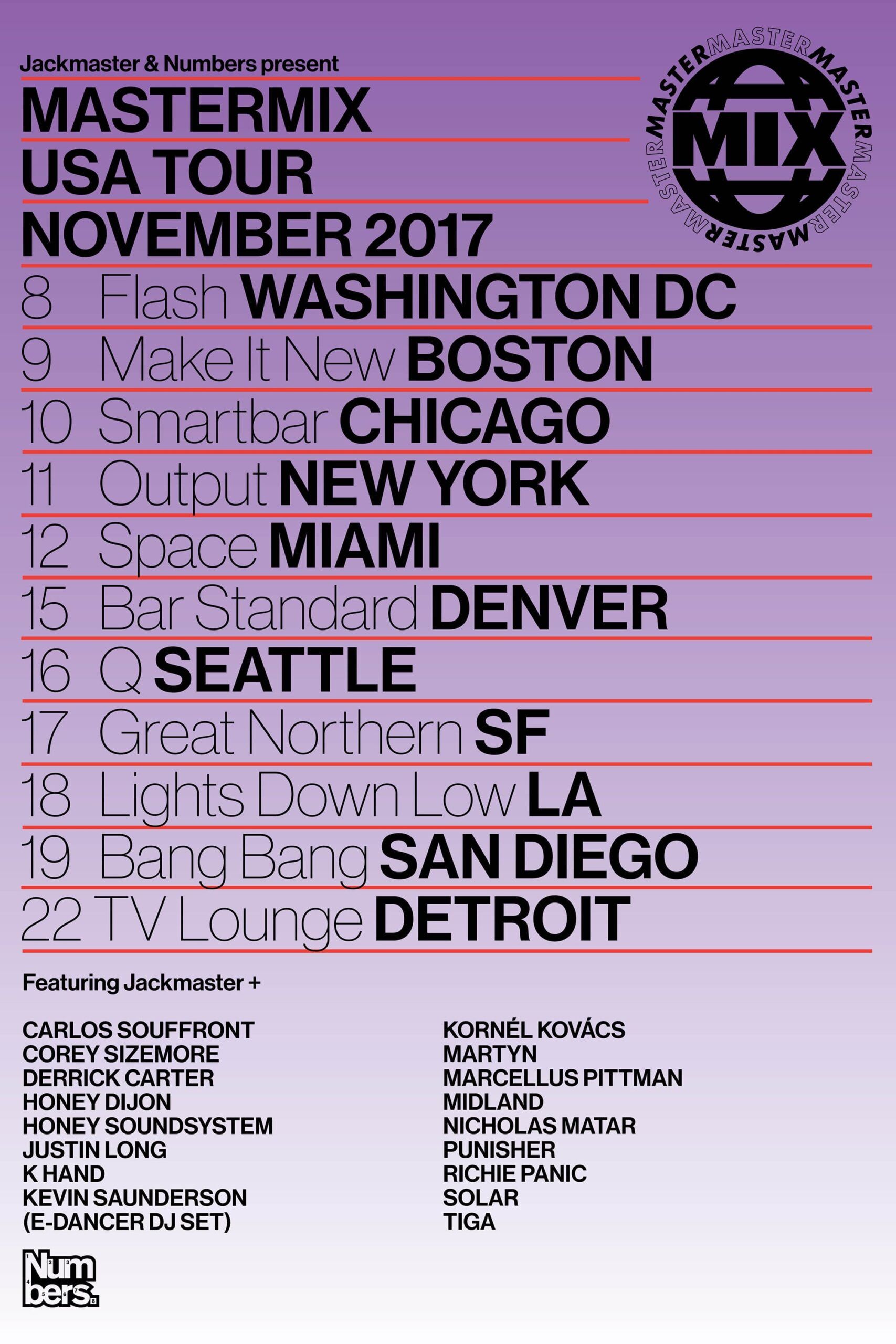 Jackmaster & Numbers present the Mastermix US Tour. The 11-date trip across the USA takes in legendary venues such as Smartbar in Chicago, Space in Miami and Output in New York as well as dates in Detroit, Los Angeles and San Francisco, with the acclaimed DJ visiting many of the cities that birthed the music that shaped him.

Mastermix evolved from a yearly Jackmaster mix offering into an international series of events featuring a wide community of artists. Over the past 12 months, the series has hosted artists including techno innovator Derrick May, European legend Ricardo Villalobos, revered selector Hunee and the fast rising Korean producer Peggy Gou, taking over festival stages and spaces such as Manchester’s Warehouse Project.

It’s become a perfect showcase for the knowledge and experiences Jackmaster has picked up from his standout residency at Ibiza’s Circoloco, and the Numbers record label he co-runs from his home town Glasgow. Jack says “I don’t think about music in terms of genre, I think about it in terms of energy levels” and that perfectly describes the Mastermix ethos.

The line ups at each city will be announced soon and see Jackmaster playing alongside deejays and producers who have inspired him over the years – friends new and old, true legends and local breaking talent.