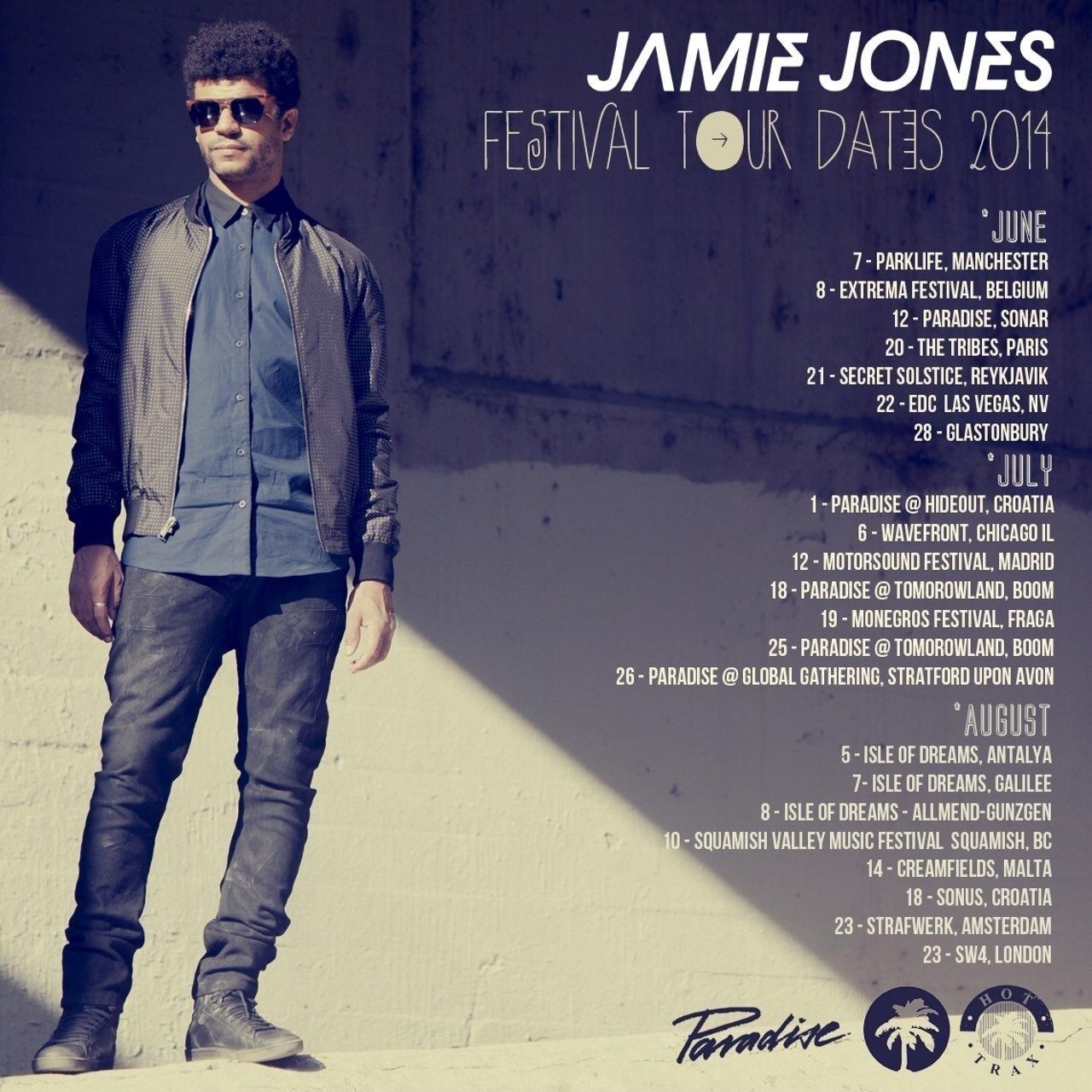 Jamie Jones will be spreading his iconic sound worldwide this summer and to the delight of his dedicated fan base, he’s just unveiled a number of club and festival dates that he’ll be playing at throughout the summer months. Having just played three huge festivals back to back including Iceland’s Secret Solstice, Parklife (Manchester) and EDC, Las Vegas, Jamie continues on his stretch of worldwide festivals, the next stop offs include Glastonbury (UK), Tommorrowlands (Belgium), Sonus & Hideout (Croatia).

This weekend at the UK’s most loved and admired festival, Glastonbury, Jamie will play across two dates and two separate stages. On the Friday night (27th June), Jamie plays a special 30 minute live set for Annie Mac & Pete Tong as they host the BBC Introducing stage live on BBC Radio 1. On the Saturday (28th June), Jamie is back in Silver Hayes as he goes back to back with Seth Troxler on the WOW stage where they’ll be joined on the line up by Craig Richards, Waze & Odyssey, Shit Robot and more.

Straight from Glastonbury, Jamie will celebrate the opening night of his Paradise residency at Ibiza’s legendary DC-10 on Wednesday 2nd June. He will also be taking his world-famous Paradise party to Croatia’s Hideout Festival as well as taking over two dates at Belgium’s Tomorrowland for its 10th anniversary on the 18th and 25th July.

See below for the full list of festivals that you’ll be able to find Jamie playing at this year, don’t miss out!