JAN BLOMQVIST DRAFTED IN FOR BOILER ROOM SESSION IN BERLIN 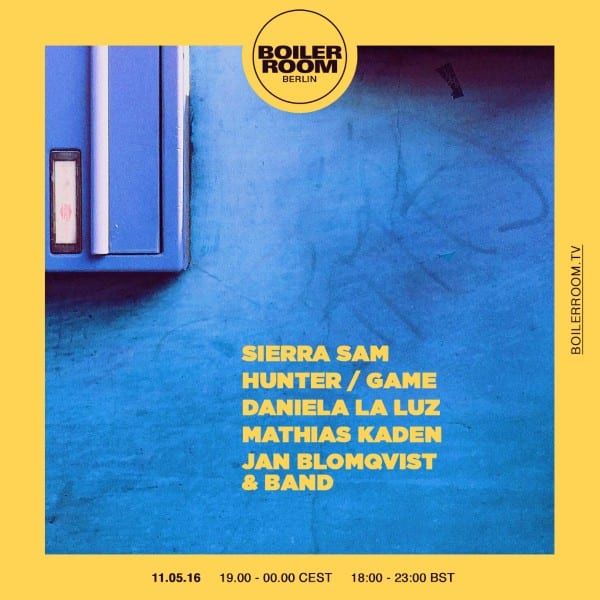 JAN BLOMQVIST DRAFTED IN FOR BOILER ROOM SESSION IN BERLIN

Amidst his on-going ‘Remote Control’ album tour, Jan Blomqvist is to shake up the Berlin Techno scene with a highly-anticipated Boiler Room session in his home town. The solo-artist and bandleader saw the release of his album ‘Remote Control’ earlier this year and is to celebrate in style, bringing his acclaimed live performance – including live band – to the legendary Watergate club in Berlin.

Making his Boiler Room debut just one week after playing a sold-out show at Columbia Club in Berlin, Jan Blomqvist is to indulge Boiler Room with its first ever real-band performance. Jan Blomqvist’s all-live set is to take place on Wednesday May 11th, completing an evening filled with the various forms of electronic music conjured by Mathias Kaden, Hunter/Game, Daniela La Cruz, and, evidently, Jan Blomqvist and his live band. Boiler Room broadcasts from a grand total of 65 locations spread over all six continents and is touted as the world’s leading community of underground music fans.

After playing Boiler Room, Jan Blomqvist is to touch down in Jordan, Lebanon, Switzerland, Germany, Spain, Romania, Hungary, Czech Republic, Slovakia, Turkey, and the United States for the second leg of his album tour, which is directly tied to the release of his latest artist album: ‘Remote Control’. ‘Remote Control’ was released by Amsterdam-based record company Armada Music, to which the Berlin-based musician is signed as well.