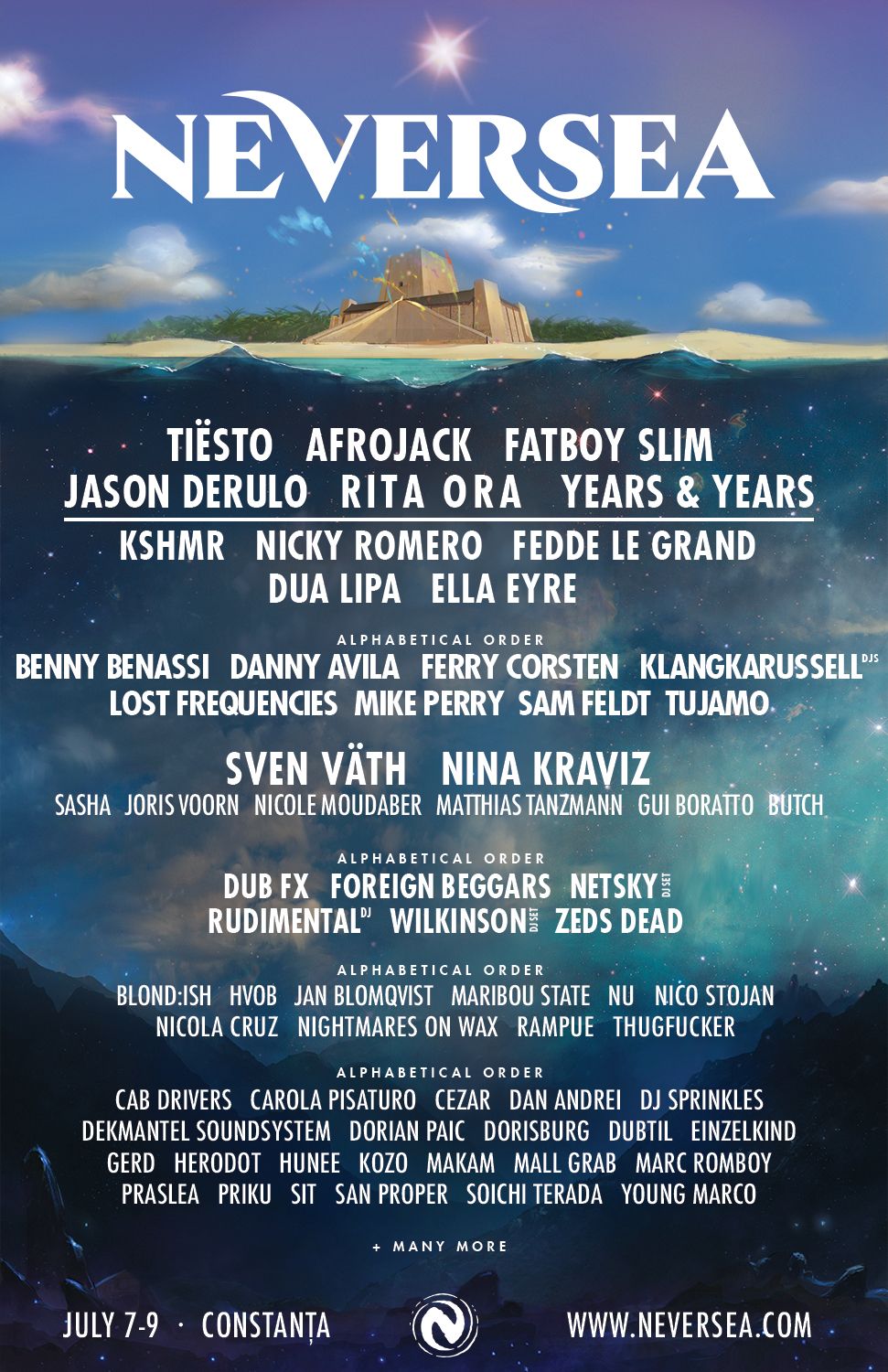 With a staggering 11 platinum singles and over 50 million sales worldwide, US sensation Jason Derulo will be making his Romanian debut at Neversea. Having collaborated and composed for the likes of P Diddy, Sean Kingston, Lil Wayne, Nicki Minaj, Snoop Dogg and more, Derulo is sure to whip crowds into a frenzy with his unbelievable back catalogue of smash hits.

Laying claim to four UK #1 singles including ‘Hot Right Now’ and ‘I Will Never Let You Down’ there’s not much British singer/songwriter, actress and fashion icon Rita Ora can’t do. One of the hottest pop acts around today, Rita is set to make her first ever Romanian appearance on Constanta beach in just under two month’s time for a live show that cannot be missed.

British pop band Years & Years and Ella Eyre will also be arriving on the Black Sea shore in time for their mind-blowing mainstage performances, the latter making her hotly anticipated return to Romania after wowing crowds last year at the second edition of UNTOLD.

With over 20,000 3 days passes sold in just under a month since its announcement, Neversea is on track to sell out well in advance of its first edition. For all those wanting to experience the biggest music event the Black Sea has to offer, partygoers have until 31st May to take advantage of a special price of just 50 EUROS for a full 3 day pass. Head to www.neversea.com to get yours now.