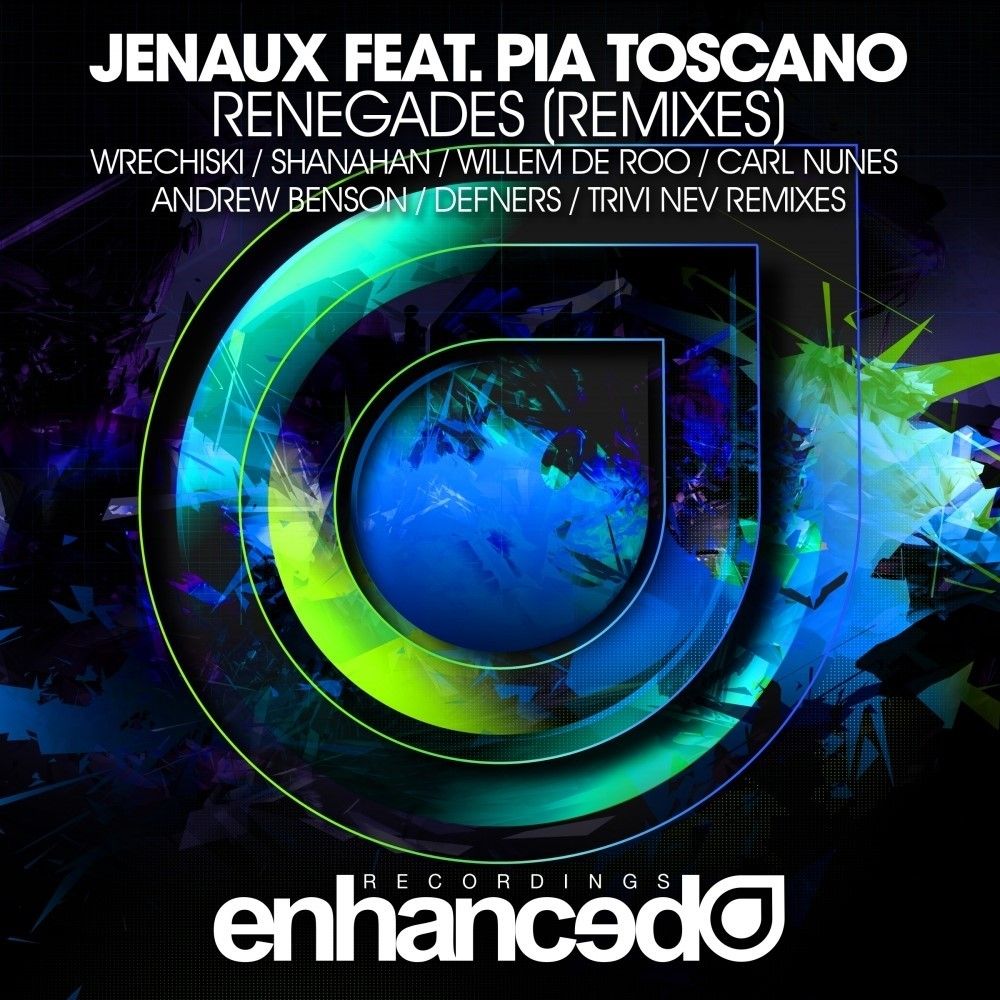 One of 2015’s earliest success stories has been young New York-native ‘Jenaux’. Teaming up with songstress Pia Toscano, their hit debut release on Enhanced ‘Renegades’ saw, and is still seeing, exponential success. With spins from all the major DJs and extensive radio play on the likes of Sirius XM’s BPM channel, ‘Renegades’ launched Jenaux into the spotlight of Progressive House fans the world over.

Not happy with resting on ‘Renegades’ success, Jenaux teamed up with Enhanced to offer ‘Renegades’ to the world and the result saw a stellar remixes EP take shape…

Starting the EP is Enhanced favourite, Wrechiski. The Brazillian producer turns the original on its head, all that remains is the familiar piano lead whilst superb soundscapes form a crunching Progressive Trance number with refined, driving melodies breathing an entirely fresh approach into the track.

South American producer Carl Nunes is next up and offers his trademark, switched up rework of which the Guatemala local has been making a name for himself recently. Pia Toscano’s sensual vocals get juggled up alongside an elegant, smooth lead melody to invoke a powerful and driving Progressive House number.

One of the Colorize imprint’s most consistent stars, Andrew Benson brings his soothing, Deep House style to the remixes with a completely stripped back rendition laying further credit to Pia Toscano’s incredible vocal work along with Andrew’s uncanny ability to forge unrivalled atmospherics.

Tying up the release with two fantastic WAVO remix competition winners – DEFNERS and Trivi Nev, the ‘Renegades’ remix EP is a journey from start to finish, exploring all corners of dance music.