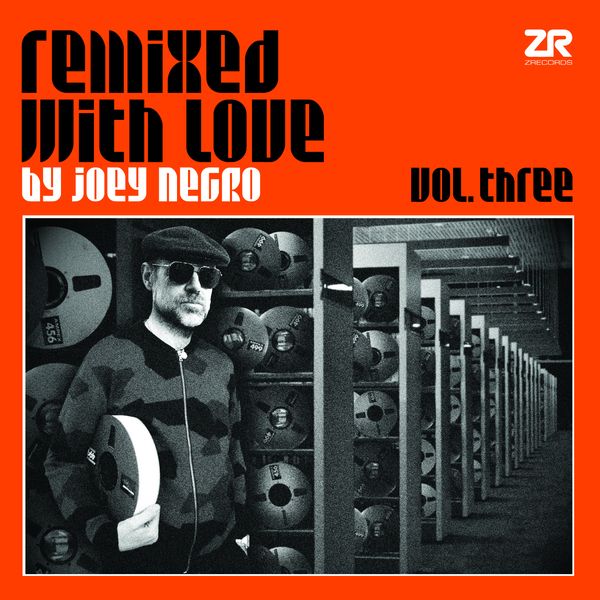 Remixed With Love Volume 3 is the latest edition of what has become the industry-leading disco remix series. No one knows this era of music better than Dave Lee, who under his Joey Negro alias once again turns his impeccable hand to some of the best-loved records ever committed to wax.

“I can clearly remember in the 80s having fantasies about being a remixer and dreaming of tweaking my favourite songs and re-releasing them. I really never thought it would happen. The days when I receive the parts for some of these classic recordings are literally a dream come true.” –Dave Lee

Remixed With Love Volume 3 has been a real labour of love, and a release several years in the making. With original parts for some of these classics hard to find, and with major labels rightly protective of songs created by legendary artists, it is a testament to both the perseverance of Lee and the esteem in which he is held as a remixer that the project was ever completed. Luckily for us though, here we are: Remixed With Love Volume 3 is done, dusted and ready to deliver a healthy dose of joy to us all.

As with previous volumes, Lee has put his own inimitable spin on more than a dozen seminal records, with The Fatback Band, Patti LaBelle, Evelyn “Champagne” King, Odyssey and many more vying for attention across a stunning three part gatefold double vinyl, double CD and digital release.

As you’d expect from an artist of Lee’s calibre, he’s taken the task extremely seriously. “Some songs I’ve wanted to get access to the multi for ages turn out to be far less straight forward than I imagined. You know it’s a great track, but unlocking the key to doing a worthwhile new version doesn’t always come easy. To make more of a feature of one element sometimes means there has to be less of something else. There are many decisions to be made, lived with, revised, maybe reversed until finally your gut tells you it’s about right.”

There are very few producers with either the confident or ability to take on records of this heritage, but Dave Lee has once again proved that when it comes to sensitive re-workings of disco staples, he’s in a league of his own.

Released back in 2016, Remixed With Love Volume 2 included exclusive reworks of classic soul and disco records all from the original master tapes, with the collection going on to be Traxsource’s best-selling of 2016, reaching top 30 on iTunes album chart, and also being named DJ Mag’s compilation of the year.

All the remixes here are 100% new and exclusive to the compilation, making Remixed With Love Volume 3 an essential purchase for any serious disco devotee.

“Judging from comments and suggestions I get from people online thankfully there is still a large appetite for re-workings of 70/80s material, something you can’t bank on when you embark on the project. I hope you enjoy the music.”

Remixed With Love Vol.3 is out 16 November on Z Records