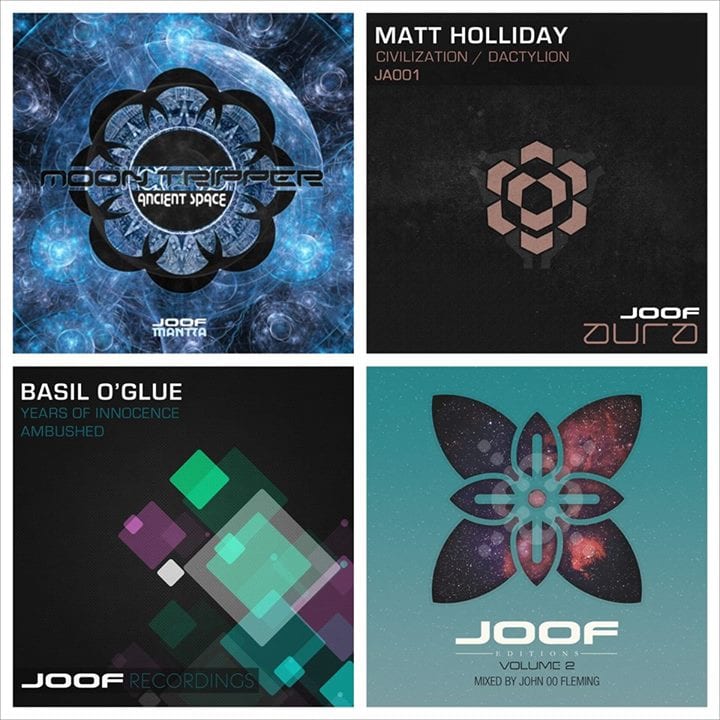 The change-up will see the outgoing JOOF V.2 imprint replaced by JOOF Mantra, bringing for the first time a Psy-trance-specific imprint to the label bloc. It will also see the creation of JOOF AURA, which will focus solely on deeper, more open-plan material. This in turn will allow the JOOF Recordings lynchpin to concentrate wholly on out-and-out “high quality Trance music”.

Prompted by an artistic expansion to the labels’ releases, it will also meet an ever-greater demand for across-the-span JOOF label release slots. Recognizing that the music, rather than the musician defines the label, producers who record ‘across borders’ will be shuttle between the imprints, in line with the tone and nature of their individual tracks.

Issuing the following statement through his Facebook page, the label boss expanded on the reasons behind the development… John said: “The last few years have been exceptional for JOOF Recordings, as the label grows at a pace faster than we can keep up with. The amount of high quality music we’re discovering is becoming overwhelming, so much so that we were at full capacity with releases, in some cases having one every week. This is a position that I didn’t want to get myself in – we never treat the label like a factory, with a conveyer belt of releases. We take care with each and every one”.

He continued: “JOOF Recordings also reflects where I’m at musically and being a DJ that’s known to play extended sets, this takes me across many genres, so it makes complete sense to create sub-labels to focus on these specialist markets and create some continuity”.

Further clarifying the new label positions, 00 Fleming said: “JOOF Mantra will take over from where JOOF V.2 left off, creating an official stamp to the Psychedelic wing of JOOF. Many people won’t know that JOOF is no stranger to the Goa/Psy scene. 18 years ago JOOF Recordings was born as the brother label to (esteemed early Goa label) Transient records, this being the original home of Astral Projection, Cosmosis, Vibrasphere, Human Blue and more. The exact same team are still working at JOOF and have come full circle to fully focus on yet again bringing a unique forward thinking approach to Psy Trance. This is the new Transient!”

Of JOOF AURA, he said: “My Deep mixes on my Global Trance Grooves radio show have become a monthly ritual for thousands with ‘The Deep mix’ becoming a world renowned brand in its own right, with a cult following. It makes complete sense that JOOF has this specialist department to fully concentrate on ‘Deep Mix’ Esq. music, as this is where my heart truly lays. Our deep releases have already gained support from some of the greatest DJs on the planet; Guy J, Hernan Cattaneo, Nick Warren and more.” JOOF Recordings will keep doing its thing, concentrating on high quality Trance music. All will be launched over the next few weeks as we go into 2016”.

JOOF Mantra will commence operations with a full-length artist album from UAE-based producer Moon Tripper. Having kick-started his career in 2014 on Ovnimoon Records, Brad Ashtar first brought his sound to JOOF’s door with last year’s ‘Pagoda’. Hot on the heels of the ‘Ancient Space’ long-player will be new EPs from a host of psy-eminence, including Satinka, Liquid Sound and Manifester.

Matt Holliday, whose ‘Origin’ and ‘Distance’ releases received much turntable time in 2015, moves to JOOF AURA with ‘Civilization’, his opening production shot of the New Year. Also on rapid approach is a fresh Insert Name outing, which will be followed by John 00’s own AURA debut. #Deep #Deeper and #Deepest are your most likely hash-tags!