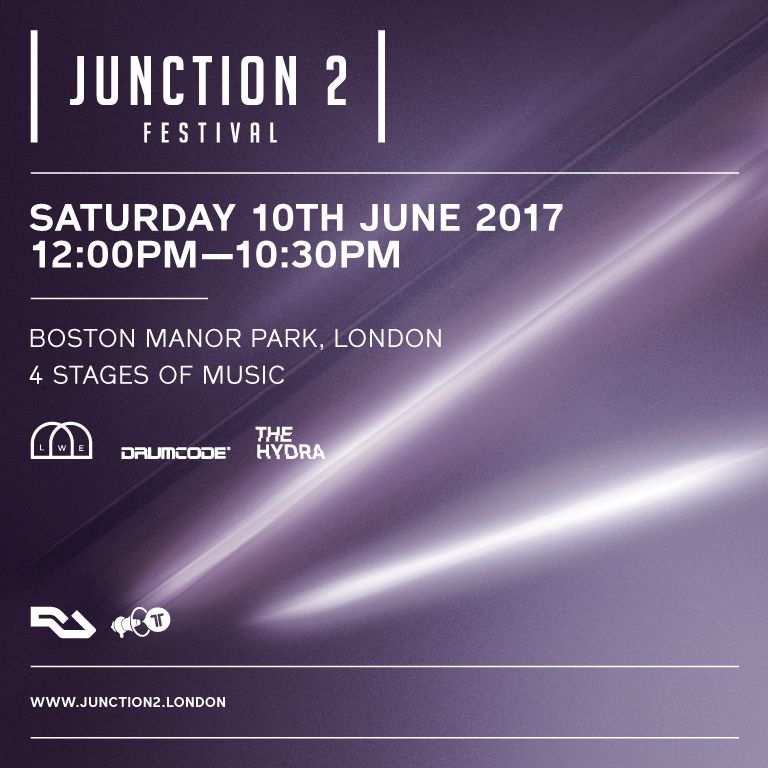 Following an electrifying debut, cutting-edge festival – Junction 2 – announce the first details for their second edition, uniting the dream-team of electronic music luminaries with areas hosted by Drumcode and The Hydra, the custom-built LWE Warehouse plus new outdoor stage on Saturday 10th June 2017.

Showcasing leading lights of electronic music at London's most unique festival site, Junction 2's debut in June was hailed as one of the biggest success stories of the season, setting a new precedence for urban festival production and firmly making their mark on the city's party calendar.

Tickets released to 2016 attendees have already sold out with early bird tickets released in the coming weeks. For tickets and information go to www.junction2.london

Enraptured by the unique surrounding, Alexander was inspired to 'capture the divide between the real world and this enclosed capsule, in the shadow of the M4'

"When we first found the Junction 2 site last year, we sensed we were onto something special. And looking at that extraordinary space under the M4 and the parkland surrounding it, we just knew that an incredible crowd and heavyweight sound levels could create something truly amazing. We're still grinning from ear to ear – and even if our bank manager hasn't seen the funny side, we can't wait to make a start on the next chapter.

The only thing making us nervous about Junction 2 in 2017 is living up to the expectations set by 2016. We've been thinking hard about how to replicate that atmosphere and the overriding conclusion we came to was that magic ingredient was the crowd. Yes, you lovely people who trusted us, had faith and came and danced with us at Junction 2." – Festival Organisers LWE

"A festival that truly dared to be different" – MIXMAG

"such a success" – THE INDEPENDENT

"Junction 2 was something very special for London" – ADAM BEYER

"I couldn't have been more impressed" – ALAN FITZPATRICK