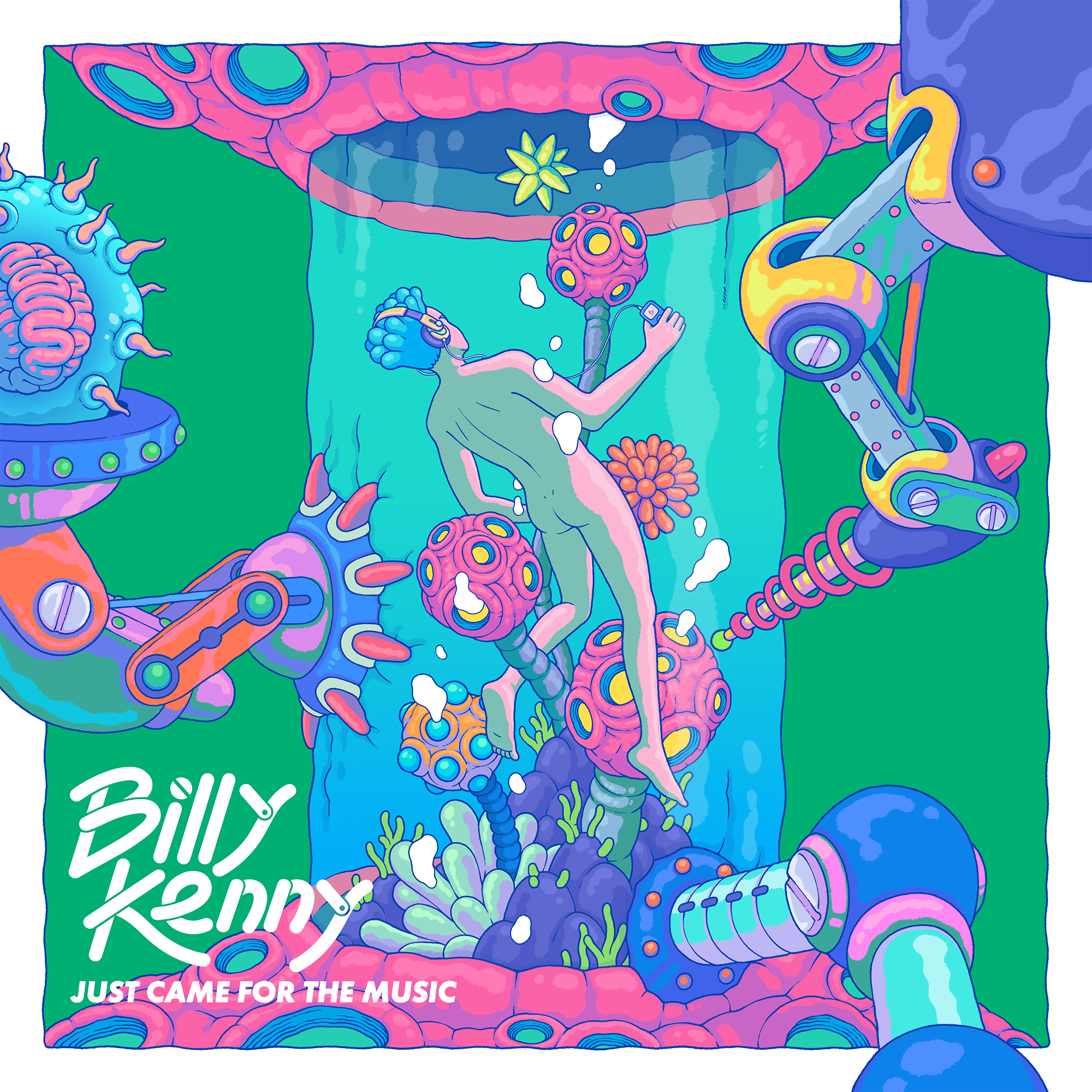 Following on from his recent world tour, LA-based producer and vocalist Billy Kenny has dropped a brand new production ‘Just Came For The Music’ on globally renowned label Ultra Records.

The record showcases a creative twist on Billy’s vocals and a slick bassline amid a range of percussive sounds to create a rhythmic floorfiller. The track is accompanied by a colourful and kaleidoscopic video, in which a giant animated version of Billy watches over a psychedelic utopia filled with laboratories full of Billy Kenny prototypes.

As co-owner of his German-based house music label ‘This Ain’t Bristol’, Billy Kenny has previously racked up widespread support on his huge tech-house anthem ‘Work’ (almost 1.5 million Spotify streams) which became a firm festival favourite in 2014.

Having garnered an impressive back-catalogue of productions on Sola, Dirtybird, Food Music, and Green Velvet’s Relief Records, the Leeds-born producer is also the proud crafter of his own ‘Billy Kenny & Friends’ compilation which featured collaborations with the likes of Amine Edge & DANCE and house music’s newest breakthrough star Weiss.

The release of ‘Just Came For The Music’ follows Billy’s recent single ‘Set Me Free’ which has amassed over 5 million total impressions so far. Embarking on his own ‘Set Me Free’ tour last winter, the UK artist delivered his pulsating sound to various nations, including Brazil, Peru, Australia, New Zealand and South Africa. Including his own curated stage at Rocking The Daisies South Africa, Fusion Festival Germany, Nocturnal Wonderland CA and Electric MI.

Curating his sets with unexpected track selections, Billy has previously appeared at the likes of Ultra Korea (Resistance Stage), Osheaga, and Electric Island – sharing stages with the likes of Dixon, Ame, Jackmaster and many more.

Billy Kenny kickstarts his second world tour on Friday 22nd March and is set to play across a variety of territories including Africa, Asia, Canada, Europe and South America. Starting in Australia with 15 shows across the country, Billy will be accompanied during selected dates by supporting act Go Freek, who will also be featuring on a remix of ‘Just Came For The Music’. The mix is the first in a string of forthcoming reworks produced by local acts coherent with where Billy's sectional world tour takes him. The release of ‘Just Came For The Music’ is out now, with remixes available soon after.