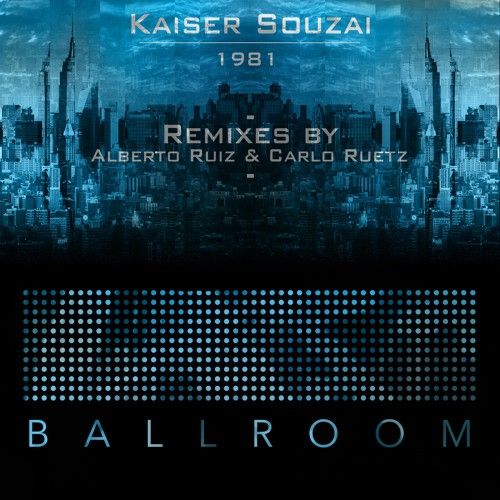 The remixes have now arrived for Kaiser Souzai’s epic soundtrack, 1981 and Ballroom Records couldn’t be happier to present techno kings Alberto Ruiz and Carlo Ruetz’s take on the superb original.

Spanish producer and Beatport techno chart killer, Alberto Ruiz steps in with his dark and brooding revamp which speaks late nights and early mornings. Having produced and remixed with artists such as Monika Kruse, Coyu, Noir and Pig&Dan, Alberto’s recognition within the genre is second to none with his creations supported heavily by the likes of Dubfire, Richie Hawtin, Carl Cox and Solomun (to name only a few).

Carlo Ruetz chimes in with his signature minimalist sound, sharp, punchy and straight to the point. Having had huge successes with his productions, including his first album, ‘Breakthrough’ which broke the minimal Beatport chart, assuming pole position for 3 weeks, he caught the eye of Richie Hawtin who then brought him into the Minus family.

Ruiz and Ruetz continue to make waves across the realm of techno, this remix package a solid and certifiably deadly offering to the world.