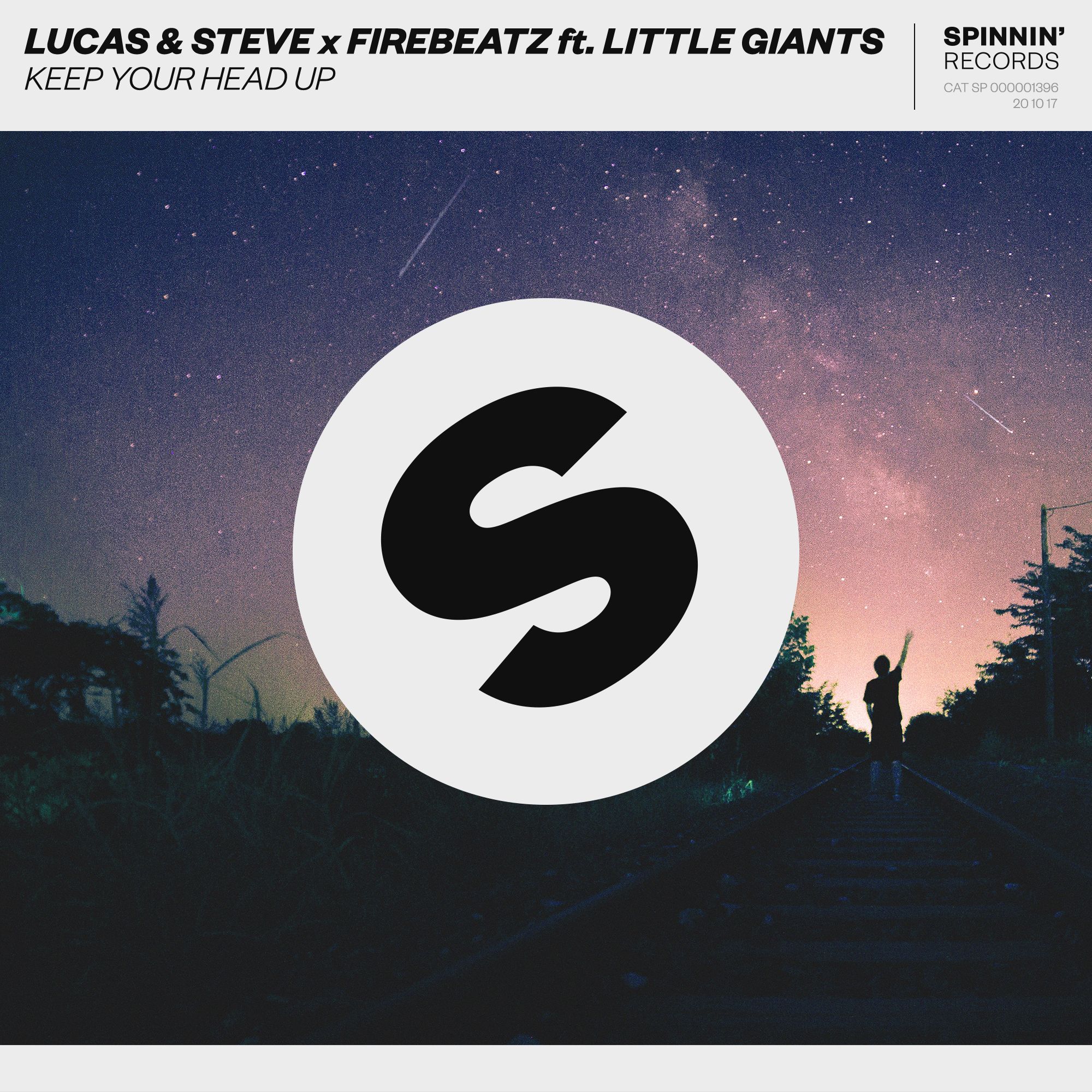 One of this summer's most uprising artists Lucas & Steve ('Up Till Dawn') present their collab single with legendary dance duo Firebeatz today – this is 'Keep Your Head Up'. Featuring UK trio Little Giants on vocal duty, it's a destined crowd favorite, blending strong dance rhythms with stunning pop sounds, recently gaining wide DJ support, officially out now on Spinnin' Records.

One of dance music's biggest tastemakers, Lucas & Steve have been leaving their mark on the scene for a while already. Being responsible for quite some festival crowdpleasers the guys made it big with last year's single ‘Summer On You’, their collab with Sam Feldt turning into a worldwide summer hit (reaching 44 million Spotify streams, and counting), followed up with the massively supported 'Love On My Mind' and, more recently, the widely acclaimed single 'Up Till Dawn (On The Move)', turning into one of summer 2017 most favored tunes, counting over 20 million streams by now.

Firebeatz has worked itself up as a major force in electronic music for years now, releasing a slew of Beatport No. 1s to their name plus a Gold-certified single with ‘Dear New York’ together with Schella. They done collaborations with Calvin Harris, Martin Garrix and Tiësto, remixes for the likes of Rihanna, Justin Timberlake and P!NK and are touring relentlessly with their energetic, much acclaimed DJ performance. Earlier this year, they wowed their fans with brand new singles 'Ignite', 'Till The Sun Comes Up' and the Lucas & Steve collab 'Show Me Your Love'.

'Keep Your Head Up'

And now, these two acts are joining forces for the majestic tune 'Keep Your Head Up'. Combining their trademark dance vibes, it's turned into a blaze of uplifting dance music, featuring mesmerizing chords and the wonderful songwriting talent of UK act Little Giants – making sure this is a true milestone in both artists ever evolving careers.

"It's been such an honor working with our good friends Firebeatz, as well as the very talented group Little Giants. We feel we've created something very special that still holds our trademark feelgood sound, providing the club crowds with something to keep warm with these coming winter months. It was such a great feeling to already play it live, happy to share it with everyone else now!" – Lucas & Steve

"We had a lot of fun while producing this track together with Lucas & Steve and the amazing vocals by Little Giants! The first reactions are overwhelming and it feels like we created something special with this track!" – Firebeatz