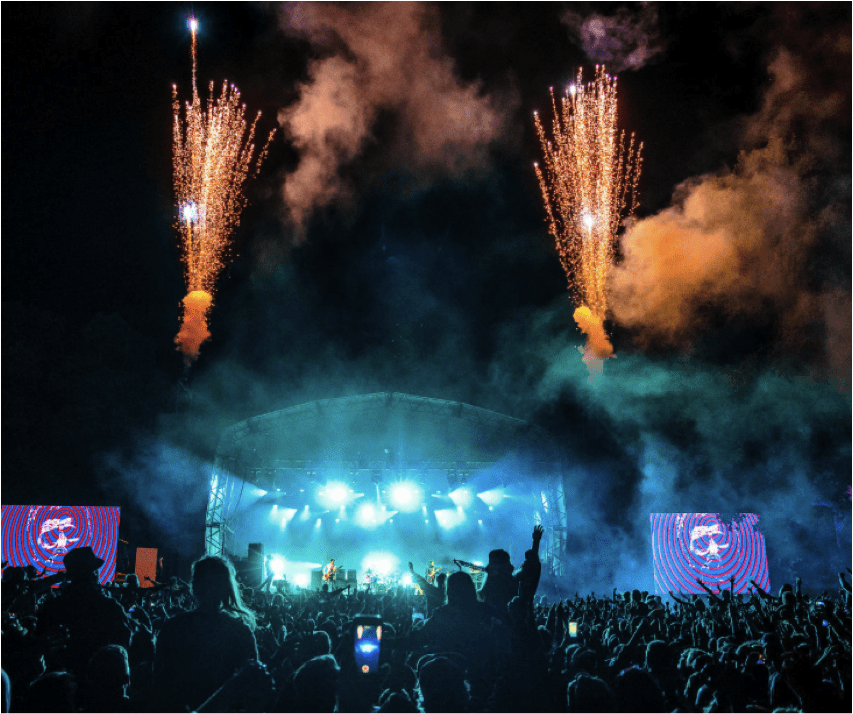 Kendal Calling drew to a close on Sunday night in spectacular fashion as Noel Gallagher’s High Flying Birds saw out the festival in style.

The sold out Lake District music and arts festival was bathed in glorious sunshine for four days as 23,000 festival goers were treated to huge performances from over 200 artists alongside the first ever Carnival Of Colour Parade, the stunning art installations of Lost Eden, fine ales at the Real Ale Festival, the tranquil settings of The Woodlands and all sorts of unexpected musical and literary surprises at Tim Peaks Diner who this year raised £10K for the David Lynch Foundation.

Thursday saw a triumphant return from Kendal Calling veterans The Charlatans whose frontman and long standing ally of the festival Tim Burgess lead the group through a career spanning headline set on the main stage for those who arrived early. Earlier in the day revellers had been treated to high-energy sets from Ash, Pins and Declan Mckenna as well as an amazing opening reading from the incredible Manchester poet JB Barrington.

Friday saw the gates open for the first full day of the festival with all stages kicking off their three days of programming. Culminating in a spectacular headline set from Rudimental, the day featured sets from Catfish and the Bottlemen, We Are Scientists and more as well as a side splitting set from comedian Jason Manford over on the Soapbox Stage. Not content with their Calling Out headline slot, Blossoms also treated fans to a secret set over at Tim Peaks Diner!

On Saturday the main stage hosted a singalong set from ska legends Madness, a classy splash of R&B from Kelis, huge solos from The Darkness and a typically raucous set from The Hives. Elsewhere Libertines legend Peter Doherty took to the Calling Out Stage as well as popping up for an impromptu Tim Peaks Diner Set, David Rodigan MBE got the Glow Tent dancing and man of the moment Craig David brought classic garage and new hits to the Glow Tent.

Festival fans kept the momentum going for the final day and Sunday saw a long awaited headline performance from Manchester hero Noel Gallagher’s High Flying Birds. With a set that featured Oasis classics like ‘Wonderwall’, ‘Talk Tonight’ and ‘Champagne Supernova’ sitting comfortably beside new anthems ‘The Death of You and Me’ and ‘Everybody’s on the Run’, the crowd sung along to every word as fireworks closed the show. Earlier in the day hip hop heroes Sugarhill Gang smashed the now customary Sunday legends slot, Everything Everything brought breakthrough LP ‘Get To Heaven’ to the festival, Hospital Records took over the Glow Tent and Calling Out played host to rising stars Spring King and Ghostpoet. Tim Burgess even personally invited some local talent to get in on the action over at Tim Peaks.

“From small seeds a stunning and magical festival has been created in the fields of Cumbria. Our thanks go out to every single person who joined us in the fields this year. Festival-goers and the staff working to stage the event came together and created an atmosphere and weekend that will be remembered for a long time to come. Without question the 11th Kendal Calling was the best yet and an exciting new decade for the festival lies ahead.”

“With secret sets in Tim Peaks from Blossoms and Pete Doherty, incredible art and mysterious happenings in the woods right through to a triumphant and jaw dropping closing performance from Noel Gallagher's High Flying Birds, the weekend was a delight and honour to be a part of.”

We take our hats off to everyone involved and cannot wait to start planning for next year. See you in the fields in 2017.”

Widely regarded as one of the highlights of the UK cultural calendar and set in one of the UK’s most beautiful locations, Kendal Calling will return to the fields for more fun and adventure in 2017. Keep an eye out for tickets and keep up to date on next year’s lineup by liking the festival on Facebook, joining the event page here and following @KendalCalling on Twitter and Instagram.