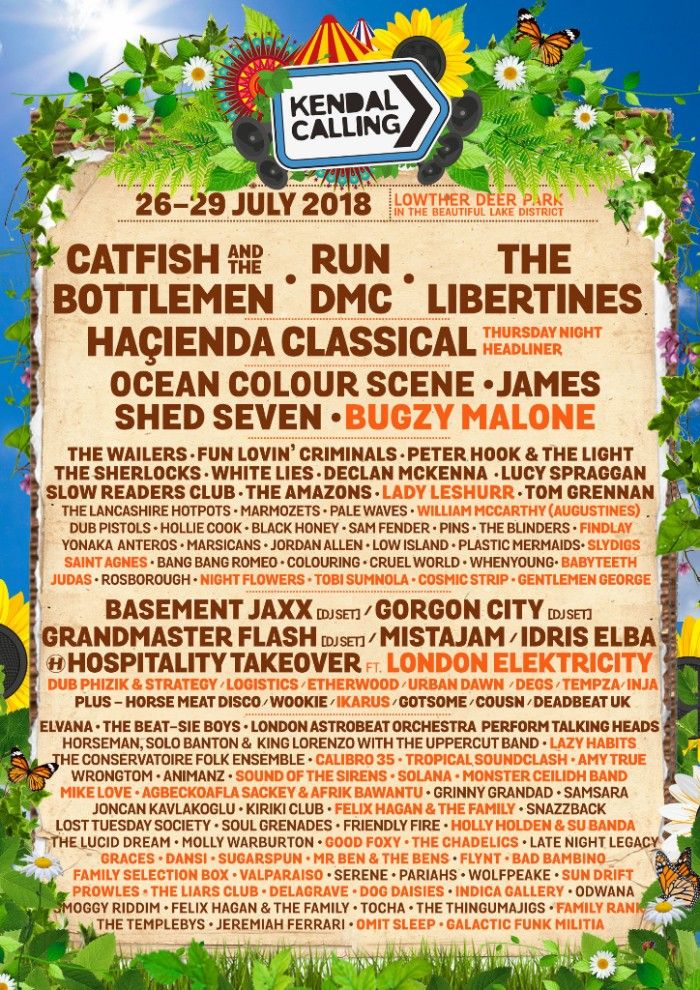 Multi-award winning festival Kendal Calling is, for the 13th time in a row, completely sold out. This year’s tickets were all snapped up within just 3 weeks of the lineup, including headliners Catfish & The Bottlemen, The Libertines and Run DMC, being revealed.

For those keen not to miss out on next year’s Lake District spectacular, the first 2019 tickets will be on sale today, Monday 18th June, under the ever-popular 12 Month Payment Plan. With no increase in capacity for 2019, these early tickets are sure to disappear very quickly once again.

Tickets will be available at 10.00am on 18th June from www.bit.ly/KC19Tickets.

The jewel in the crown of Northern music festivals has also revealed their new Yam Riot stage, bringing together the cream of musical talent from across the North. From Kendal Calling veterans who have grown in stature over a number of appearances to bands and artists making their first visit to the fields of Lowther Deer Park, Yam Riot promises an incredible variety of locally-sourced music right at the heart of the festival.

For a final chance to grab a ticket to Kendal Calling 2018, a limited number will be available via this year’s RESALE on Tuesday 3rd July at 10.00am. Sign up at www.kendalcalling.co.uk/tickets to take part.