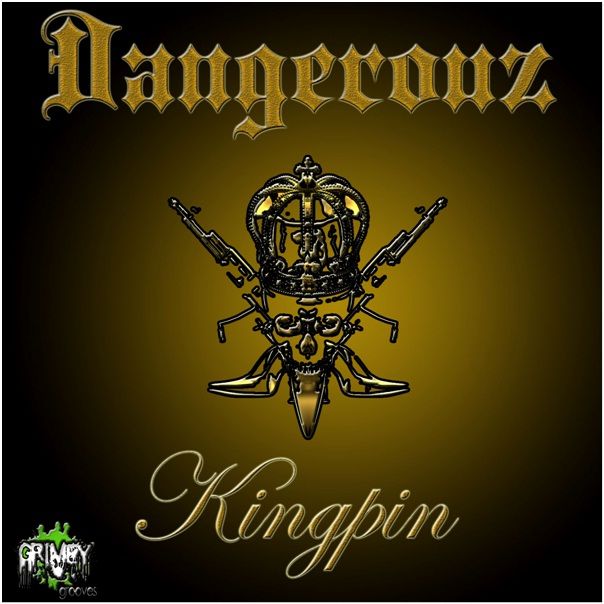 Rising star Dangerouz is on fire at the moment and following his top-notch release ‘Happy Faces’, he is now back to form with another wonder by the name of ‘Kingpin’. Released on the 2nd of November, 2015, ‘Kingpin’ is another important addition to Dangerouz’s ongoing streak of remarkable projects and is seeking to propel him towards the very top of the Dance music food-chain.

A highly sought after producer, Jesse Garza, better known as Dangerouz, has been the mastermind behind some outstanding efforts, including the likes of: ‘Evolve’, ‘Criminal Mind’, ‘The Purist’, ‘Brenessy’, ‘Afterparty’, ‘Puma’, ‘Candyman’, ‘Bounce It E.P.’ and his hit single ‘Dynasty’, which landed Beatport’s Top 100 ‘Electro House’ chart. In addition to his massive work in the studio, Dangerouz is also an in-demand DJ, showcasing his skills behind the decks as a supporting artist for legendary names like Alex Peace, whilst now extending his reach to the airwaves with his new ‘Mayhem Mixshow’.

Infused with classic Electro House and fresh Melbourne tastes, ‘Kingpin’ surely adds a new take on Dangerouz’s unique sound. Kicking off with a traditional House style groove, ‘Kingpin’ quickly introduces its euphoric lead-synth arrangements, later enhanced with a wide array of effects. A heavy, bassy melody is put into the mix, adding spice to the melodic side of things, whilst boosting the vibe of this production. Dangerouz devises another verse section once again, whilst prepping things up for an additional heavyweight drop, later transcending into a mellower conclusion.

‘Kingpin’ is Dangerouz’s ninth contribution towards Grimey Grooves Records’ growing catalogue. Following his series of well received projects signed to this imprint, Dangerouz is back again as part of the Grimey Grooves family amongst quality artists like: BMV, Cutculprit, DJ-Pipes, Mistik, Erik Ev_L, Kwest, Fabyan, Weap0n X, DrGoo, Cali Miles, Chocolate Bear, Iso Raw, DeadRomeo and many others. An eclectic label, Grimey Grooves Records is committed to put forward some of the best tunes across a diverse range of styles and Dangerouz is surely the right man to help them achieve their ultimate goal.