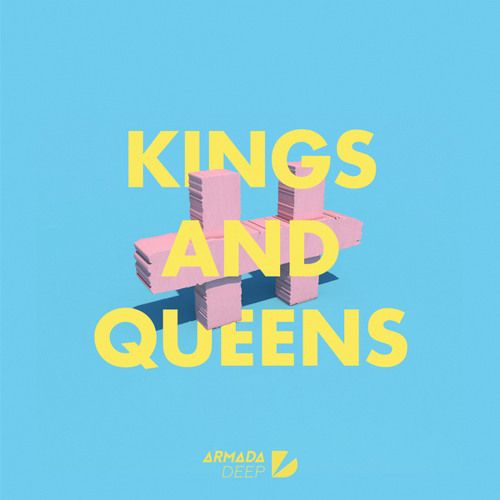 Releasing a host of highly infectious dance floor fillers and blessing airwaves with his enlightening melodic productions, De Hofnar now announces a new chapter in his career with his debut album set for release October 2017. The title track of the album, ‘Kings and Queens’ is out now via Armada Deep.

The perfect sunset soundtrack, ‘Kings & Queens’ is a downtempo creation, which eases listeners in with Bodhi Jones’ smooth vocal piece and a laidback beat. Contemplative, atmospheric and edgy, De Hofnar’s carefree melodies are counterbalanced by a sense of foreboding darkness and genuine emotion.

The title of the album, and first single, boils down to one empowering message from De Hofnar himself: “It’s time to start being the king of your own life.” It’s about taking your own path to success, about showing the world that working hard and believing in yourself will help overcome the stumbling blocks that keep you from realizing your full potential. De Hofnar followed that notion to the letter and it has paid off in full, with ‘Kings & Queens’ as his crowning achievement.

De Hofnar, whose name translates to “court jester” in Dutch, has been making waves since his breakthrough collaboration with Gamper & Dadoni, ‘Oxas’ amassed over 18 million streams on Spotify alone. His first official EP ‘Zonnestraal’ and releases such as ‘Bloesem’ with Sam Feldt helped cement his position in the dance music scene, and were accompanied by an array of mammoth remixes, including his reworks of Macklemore’s ‘Same Love’, John Legend’s ‘All Of Me’ and Gostan’s ‘Klanga’.

Touring the world relentlessly since 2014, De Hofnar has played at the likes of Extrema Outdoor, Wish Festival and Summer Festival among many more. His consistent output of top-shelf records and memorable performances has made living legends such as Tiësto and Armin van Buuren take notice, and they aren’t the only ones to have recognized his amazing potential. Numerous official remixes and equally brilliant originals later, De Hofnar’s motto still stands. “You’re the kings, and I’m just here to entertain you.”