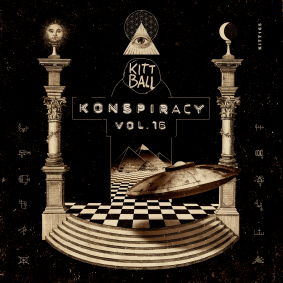 Kittball Records return this September with the 16th edition of Kittball Konspiracy, including contributions from German Brigante, Jojo Angel, Sllash & Doppe, Yolanda be cool and more.

Based in Dortmund, Kittball have been going from strength to strength since they launched back in 2005, providing upbeat dancefloor focused house music to an enormous fanbase. They now continue their various artist series, ‘Kittball Konspiracy’, which features music from the label’s key artists as well as talented emerging talent. Their sixteenth instalment includes a German Brigante remix of ‘Reliquia’ – a collaboration between Tube & Berger and Paji originally released on the imprint in 2014 – not to mention stand out cuts from the likes of Steve Hope, Yago Luna, Jojo Angel, Rob Kali, and more.

‘Kittball Konspiracy 16’ is out on Kittball Records 14th September 2018.