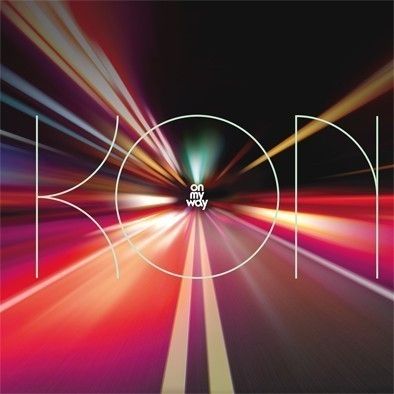 What leads an individual to walk the often obsessive path of the crate digger? Raiding filthy basements and accumulating back-breaking stacks of wax on a tantalising search for the unearthed groove, Kon cites early exposure as the source of his calling: ‘One of the first physical records I fell in love with was Electric Light Orchestra’s El Dorado. The music on that LP is incredible, climatic strings, and full of amazing songwriting. To digest and absorb music with such depth is the best thing for a 4 year old. Get ’em going young! I know this is part of the reason why later in life I searched further than what was just on the radio.’

This search began in a city with a thriving live music scene and a small, significant but overlooked nest of remarkable DJ and b-boy talent: the esteemed Floor Lords crew represented through the 80s, the team behind the notorious Dope Jams record store cut their teeth in the 90s, and, today, the globetrotting Soul Clap duo call Boston home.

Kon’s father was a drummer, and his love of the break not only inspired the quest for the funkiest rarities that birthed the iconic On Track and Off Track compilations, but also informed his approach to the edit. Check the ‘Nite Time Remix’ of ‘Hooked’ as the perfect introduction to his style: breaking things down to the bare essentials, the rhythm section takes on a life of its own in what has fast become the definitive version of an already classic disco workout. Kon’s output has given new life to this art form, and on the road to mastery he studied the golden touch of editing and remix masters Walter Gibbons and BBE label-mate John Morales.

The natural next step for this beat-juggling heavyweight was a return to the crafting of his own original productions. Bringing together a close-knit team of musician friends, Kon has revived a longstanding partnership with BBE and recorded his debut album titled ‘On My Way’. Kon’s first productions were committed to tape in the early 90s when he a formed a rap group called Mikst Nutz. Their demo was given heavy rotation by DJs Stretch Armstrong and Bobbito, and, in 1992, Jive Records came close to signing the project.

Since then, his sound has evolved with the musical influences he’s absorbed during the last two decades of his crate digging career. The one constant throughout the eleven tracks that comprise ‘On My Way’ though is the funk, a term Kon breaks down with his trademark wit: ‘Funk. A word often used for many different things. There are more terms that can get confusing too, like boogie, modern soul and disco. I don’t know what they mean, really I just know that I either like it or I don’t. I guess we need these words to define sounds and genres though. Some would even argue that P-funk just isn’t funk. Even if you think it’s not funk, it’s still funky. Sheeeeeeet… what would Dr. Dre, Snoop and The Chronic be without it? Exactly!.’

Upon this bed of funk-laced rhythms straddling house, disco and boogie drift the soulful keys of Yuki Kanesaka, a friend who was first introduced to Kon via Boston’s aforementioned Floor Lords crew. ‘I was told I needed to link with this amazing player and Yuki is brilliant. He comes from a DJ background, so not only can he play, but he ‘gets it’ as well. The chops are there, and working with him is a breeze because I can reference a style of playing, or specific sound and era, and he knows exactly what I mean.’

We are also treated to the unmistakeable vocals of UK talent Ben Westbeech, who Kon first met at the Southport Weekender. ‘I was with Amir leaving to catch the car service back to our hotel when I heard a guy yelling our names. Turns out it was Ben, and I had no idea he knew about our On Track compilations. And in turn he seemed to be shocked that I knew who he was! I’ve always liked Ben’s work and I was staying in London with him when we first cut this tune. It was originally recorded to a totally different track that was all samples.’

The musical arrangement of ‘On My Way’ reflects a deep understanding of dance floor dynamics, and Kon honed his craft as a DJ playing at house parties in the 80s, coming from a party rock background where all styles were thrown into the mix. He remembers looking up to Boston radio jocks like DJ Jesse McGee and DJ T-Clark, while records like Cash Money & Marvellous ‘Ugly People Be Quiet’ influenced his technical craft: ‘They contained scratches that were ahead of their time. I really didn’t have any mentors, except for these records and the mixes those guys would do on the radio.’

Kon’s love for wax is for life, but he has little time for those passing judgement on a selector’s format of choice: ‘It’s a DJ’s skill set and taste that matters. Music is meant to be shared and spread to as many as possible. Who cares what medium I choose to play my music from? We are messengers, period. Nobody owns the sounds that are blasting out of the speakers except the actual musicians. You may own the little piece of plastic it’s recorded onto, but that’s it. Fools need to stop trippin’. I’m not caught up in the hype. I still buy vinyl and I know it’s the coolest medium to store music on. Nothing can beat it. The feel, the smell, the labels and so on, but I can’t take vinyl with me when I die. Now the sounds that have fed and nourished my soul, I take with me everywhere I go. I can take them with me to the grave, or where ever I end up when my physical shell can no longer take it. The music itself is staying with me forever.’

In ‘On My Way’, a rich cultural heritage has been distilled into an upfront album of burning dancefloor action, showing us why the BBE crowned ‘King of Digging’ has for so long remained a formidable, worldwide musical icon.