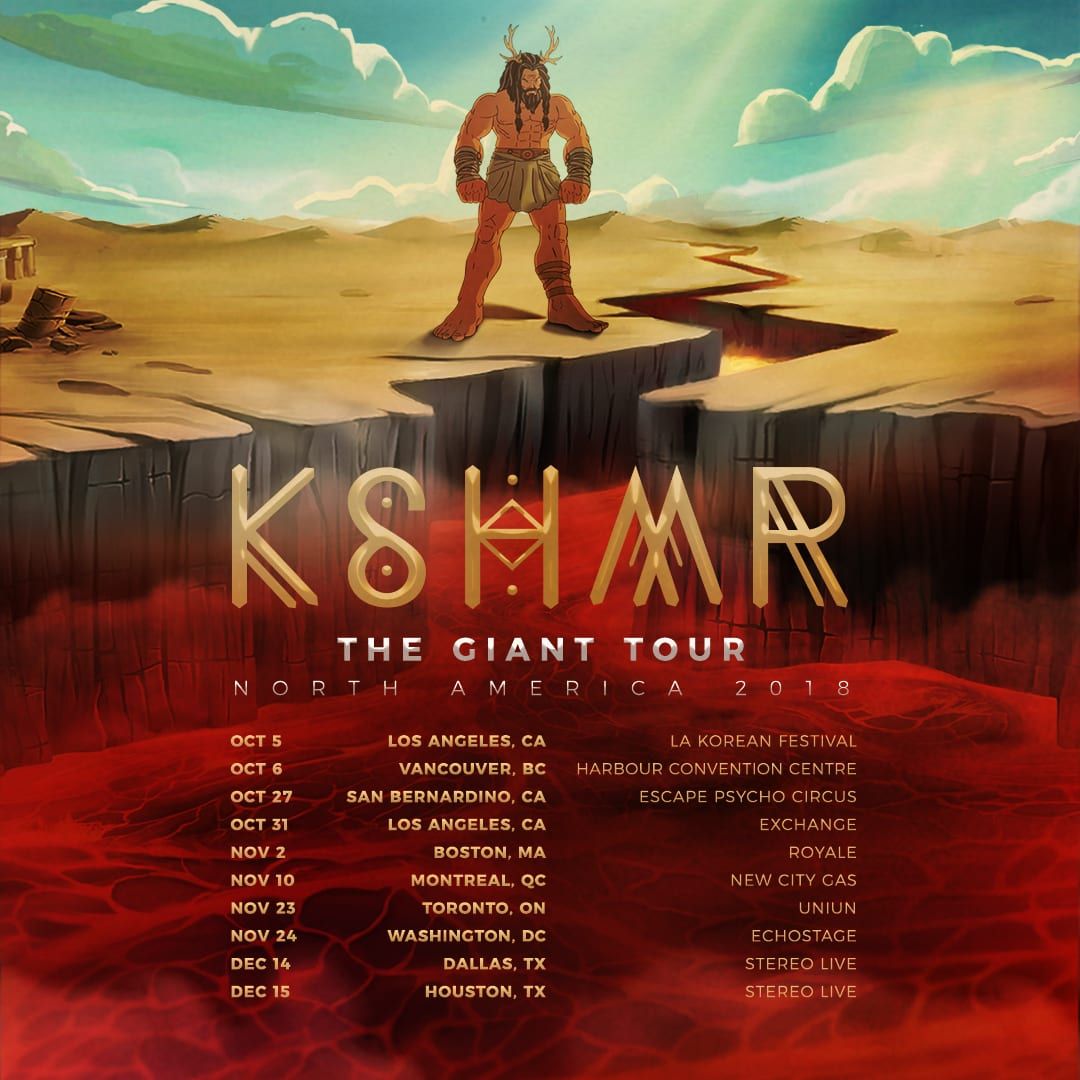 Following a huge summer schedule that has included sets at Untold Festival, Dreambeach, Sziget, and many more, innovative DJ and producer, KSHMR has announced his latest tour, ‘The Giant Tour’, which will take place across 10-dates in The United States & Canada this coming fall. Named after the animation that he wrote and developed, The Giant Story has made its way across Europe this year, and will begin the journey through the states next month. The Giant animation, accompanied by live production in each set, is specially dubbed in every language, making it universally inclusive.

Having recently released his huge summer anthem ‘Good Vibes Soldier’, KSHMR (real name Niles Hollowell-Dhar) has made a name for himself across the EDM scene, heading up his very own Dharma Worldwide label, and teaming up with Tiesto on 2015 collaboration ‘Secrets’, (over 40 million Spotify streams). KSHMR has since produced a wealth of huge tracks like ‘Megalodon,’ ‘Burn’ ‘Karate’ and ‘Wildcard’ – the latter on Tiesto’s Musical Freedom label – and soon began to garner interest worldwide, teaming up with Headhunterz on ‘Dharma’ and collaborating with Hardwell on ‘Power.’

Kicking things off in Los Angeles (where he will later return to play a special Halloween set), on October 5th, The Giant Tour will see the Californian spread his thunderous tunes across Vancouver, San Bernadino, Boston, Montreal, Toronto, Washington, and Dallas. Rounding things off with a show at Houston’s Stereo Live on December 15th, the announcement follows KSHMR’s ranking of #12 in theDJ Mag Top 100 poll last year, an all-time high for the producer.