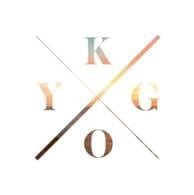 Following the sell-out success of his show at London’s 3000 capacity Roundhouse in September which sold out in less than 2 days, KYGO returns to the UK in 2016 to take it to the next level as he embarks on his Cloud Nine worldwide tour with two very special shows planned at Manchester Academy on Thursday 21st April and London’s O2 Academy Brixton on Saturday 23rd April which will be his first ever headline show at the iconic music venue.

As one of the fastest growing breakout stars in dance music over the last couple of years, the 24 year old Norwegian prodigy KYGO has gone from bedroom producer to bona fide global luminary in a very short space of time.  Garnering his craft as a prolific remixer, his talents soon caught the attention of some of the world’s biggest names including Avicii, Coldplay and Ed Sheeran who all called upon his talents for their official remixes, his major breakthrough came from his remix of Ed Sheerans ‘I See Fire’, amassing millions of plays across various musical platforms and catapulting him onto the global stage.

However, it was only when he released his first original track ‘Firestone’ featuring Conrad Sewell in December 2014 when his star truly began to shine and he became his own musical powerhouse, hitting the #1 spot in the download chart of his home country and peaking at #4 in the global Spotify chart which to date has had over 330 million plays.

Through stunning remixes and productions and a carefully planned tour schedule he has amassed a huge following, performing at some of the world’s greatest festivals including an unforgettable main stage performance at this year’s Creamfields UK which was streamed around the world on the Yahoo Live platform.

2016 will see Kyrre Gørvell-Dahllhis aka KYGO embark on his biggest tour to date and with an all new live show experience to unveil, the futures looking bright…the futures KYGO!