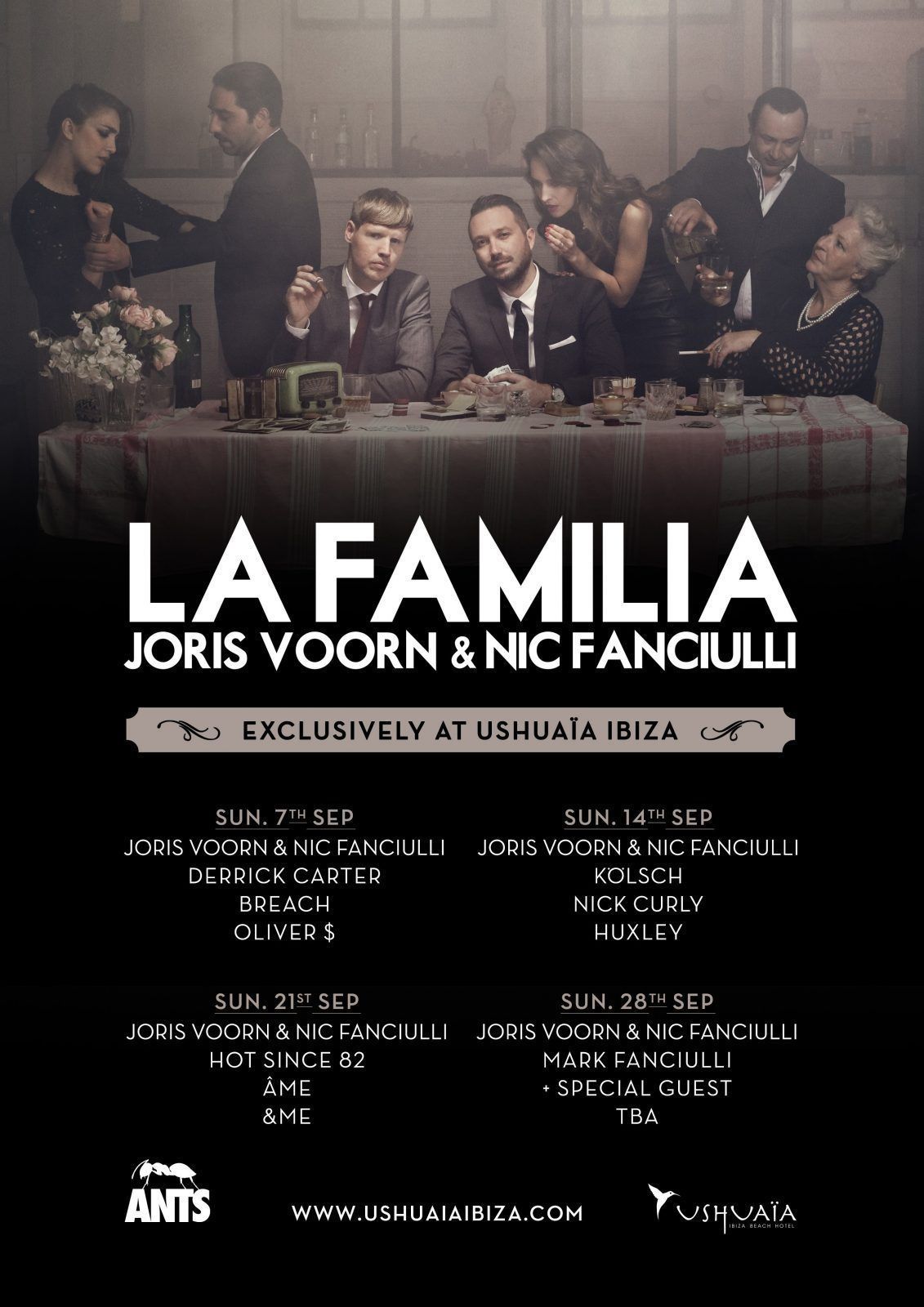 Following three explosive shows alongside ANTS earlier in the season, La Familia are back to take over Sundays at Ushuaïa for four consecutive weeks from 7th – 28thSeptember, bringing some of the most respected names in underground electronic music to the stunning beachside venue.

Thriving on the idea of keeping it in the family, island front-runners Joris Voorn and Nic Fanciulli give Ibiza a taste of their world. La Familia remains the only place on the Island to witness the duo join forces in and play alongside a host of artists from the inner circle of their respective labels Saved and Rejected.

Week one sees Chicago’s legendary producer/DJ Derrick Carter join La Familia alongside UK chart topper BrEaCH, who has dominated airwaves and dance floors with a career already spanning over 15 years. Joining ranks is Oliver $, who’s smash-hit collaboration with Jimi Jules ‘Pushing On’ stayed top of Beatport’s chart for four weeks, sound-tracking the summer and is set for release on Defected Records and Ministry of Sound on August 31st; just ahead of his set for La Familia.

No stranger to Ushuaïa, Nick Curly is also set to be welcomed into the family alongside revered UK stalwart Huxley, a producer with a string of impressive releases on labels like Tsuba, Hypercolour, 2020 Vision & Morris Audio already to his name.

German duo Âme have also been invited to La Familia to headline week three and will be ready to showcase their signature brand of Detroit-inspired techno alongside recent Moda Black signee Hot Since 82 and scorching Berlin talent &Me for his anticipated Ibiza debut.

Making for a fitting end to an impressive inaugural season, the concept of family is then set to be pushed to the next level at La Familia’s closing party as Nic is joined by his brother Mark Fanciulli. Although the rest of the line-up remains firmly under wraps, clubbers can expect plenty of surprises..