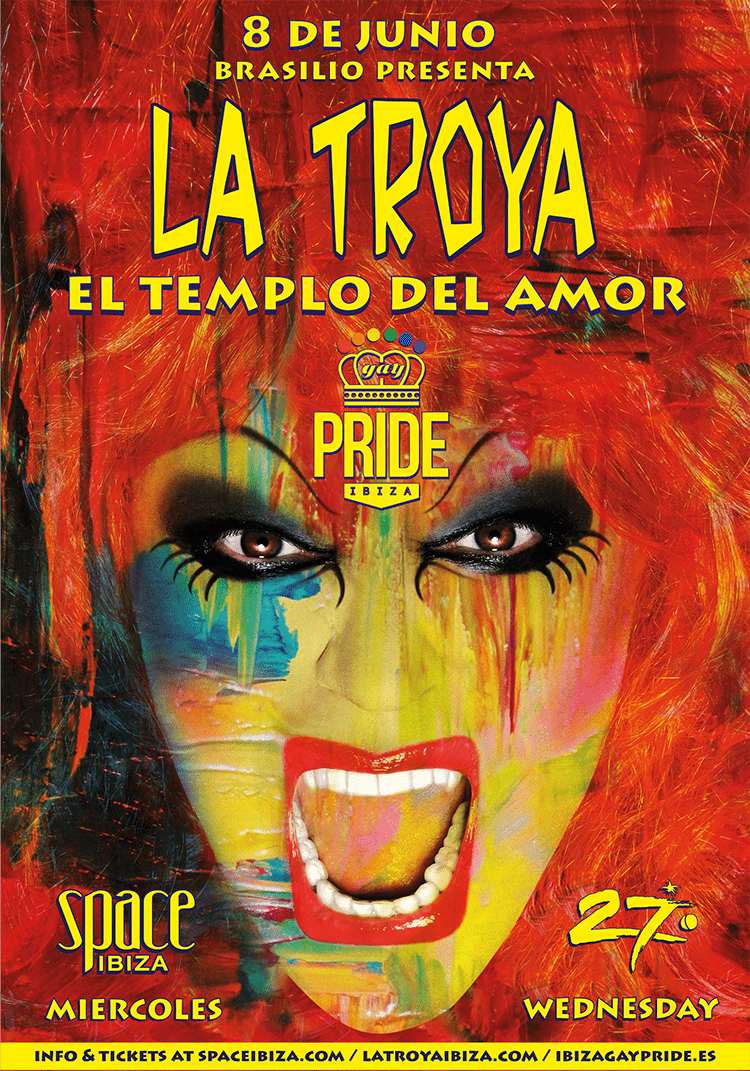 Brasilio presenta La Troya opens its Templo del Amor with a very special guest, and we are  so "proud" to announce that Ibiza Gay Pride will be there to further warm the atmosphere on this Wednesday night.

This is a very special day, because it will kick off the season of Gay Pride Ibiza next to El Templo del Amor de Brasilio de Oliveira. A real explosion of love, a rainbow of surprises … something really crazy and wild.

Of course, the genuine Oscar Colorado will not miss what will be his weekly appointment every Wednesday as resident DJ, alongside with Camilo Franco who also the party joins as a resident DJ. Javi Bora will also be present spinning the coolest records. This trio of DJs will be there to give it all and delight the audience with the best music and the good vibes.

The binding of this triple combination, comprising representatives from Brasilio’s La Troya, Space Ibiza and Ibiza Gay Pride-, can only lead to one of the most exciting nights in the island of Ibiza. Without a doubt, Wednesday June the 8th will be remembered for being the most fun and free party of the most epic season at Space Ibiza.

Leave behind your preconceptions and come discover El Templo del Amor, with Brasilio presenta La Troya and Ibiza Gay Pride. Space will burn! We note that the event will be pure fire, the craziest party of the island, the party of the people of Ibiza, where the only concern is allowed to have a great time.