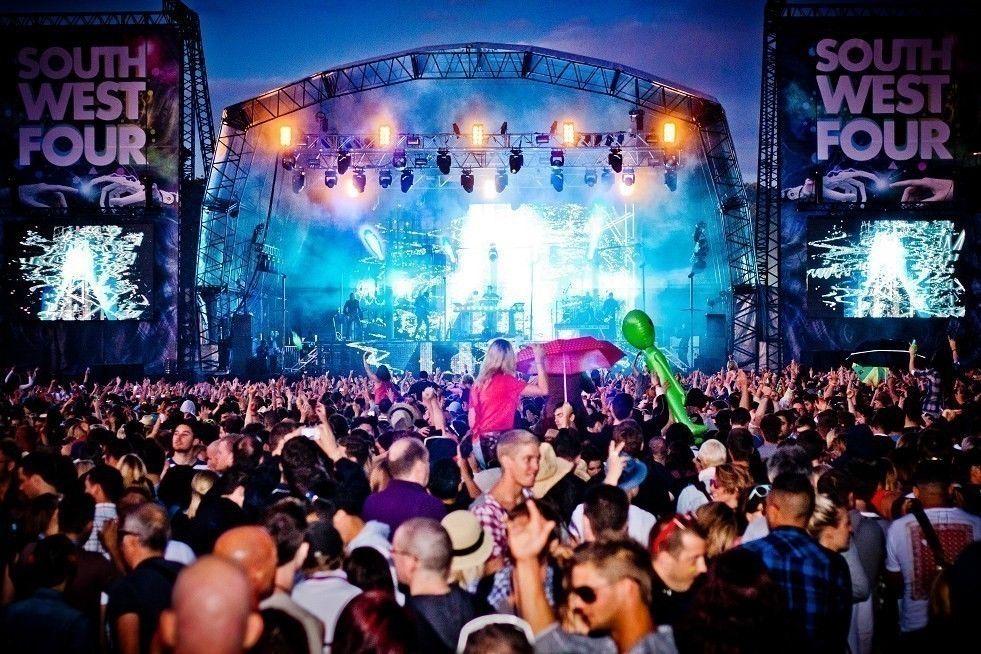 South West Four 2014 is now seriously beginning to take shape. A total of nineteen acts have been announced so far, ranging from exclusive London performances for the year from headliners Above and Beyond, Alesso, deadmau5 and Eric Prydz, to rare UK performances from Marco Carola, Jamie Jones, Sasha, Booka Shade and Netsky, whilst debutant Paul Kalkbrenner plays his only UK show of 2014 at SW4! With another 60 acts still to come, including many more of our headline DJs, South West Four 2014 is well on course to becoming the biggest celebration of dance music London has ever seen. Eight of these world class DJs join the SW4 Sunday bill today, all of which will arrive on Clapham Common with the single aim of ensuring that SW4 2014 is the most important date in your clubbing calendar…

Having enjoyed a meteoric rise up the electronic music ladder since 2011, Maya Jane Coles returns to South West Four this year. Her deep and enticing sounds have resulted in huge interest in her underground productions and performances at the world’s most discerning nightclubs. With an ability to seduce the mind into unchartered territory, Maya’s work as a DJ, producer, audio engineer and artwork designer has been echoed around the planet. The 2013 release of ‘Comfort’ backed this up to dramatic effect, as did her superb ‘Easier to Hide’. This will be Maya’s first performance at SW4 since 2012 and her first set in London in seven months. When it comes to females leading the charge in electronic music, Maya is definitely at the forefront. We cannot wait to welcome her back.

As one of the finest musicians to have ever graced the world of dance music, it’s an honour to welcome back the legendary Laurent Garnier for his third performance at SW4 in four years. Laurent has kept the world grooving for nearly thirty years with one of the most celebrated back catalogues of electronic productions known to exist. After destroying Clapham Common with an exquisite set last year, every effort has gone into bringing this SW4 favourite back for another dose of his enthralling techno. Garnier’s ability to keep his sets as fresh and original as possible can be is reflected by his relentless quest to unearth the very best new music. Returning to SW4 in a London festival exclusive for 2014, we cannot wait to welcome this godfather back for another masterclass.

As one of most respected and influential figures over the past decade, Dirtybird Records boss Claude VonStroke returns to our hallowed turf on Sunday 24th August for his first SW4 performance since 2008. Born and raised in Detroit, Claude’s electrifying sounds, combined with his contagious personality, makes him one of the industry’s most exciting players. Having relentlessly toured every major city, festival, basement and after party around the world, last summer witnessed the launch of his Dirtybird residency at Sankey Ibiza where he hosted one of the White Isle’s most popular weekly parties. Building on this remarkable success for 2014, Claude’s status as a pioneering game-changer will again be illustrated via his outstanding multi-deck wizardry at SW4.

Whether it’s through performing at the scene’s most dominant clubs and festivals, her worldwide Jackathon parties or her BBC Radio 1 residency show, it’s clear that Heidi’s hard-hitting grooves will go down a storm when she makes her SW4 debut this summer. As a firm favourite on the White Isle, 2013 witnessed Heidi play at Space for Carl Cox’s ‘The Revolution’, Richie Hawtin’s ‘Enter’, and ‘We Love’, in addition to Solomun’s party at Pacha and Jamie Jones’ ‘Paradise’ at DC10. With releases on Jackathon Jams and Get Physical, Heidi’s sets are a mixture of the freshest house, techno and disco around, with her South West Four debut on course to be one of the weekend’s most memorable highlights. SW4 get ready to Jack, as we welcome Heidi for a performance you simply won’t forget.

As we continue to keep things as fresh as possible for 2014, Clapham Common will welcome one of the dance music’s favourite duos for their SW4 debut and exclusive London festival performance. After heightening their esteemed reputation even further throughout the past twelve months with pivotal tracks ‘Evil Tram’ and ‘Hush’ gaining monumental support from the likes of Eats Everything and Justin Martin, we can confirm that Pets Recordings bosses and Dirtybird favourites Catz N Dogz are finally on their way to South London. With an insatiable appetite for success, Catz N Dogz are one of house music’s most dominating forces, with huge interest in their talents. As the pair look forward to an even bigger twelve months, backed up by the recent release of ‘Bones Shakin’ and ‘Booty Comes First’, we are delighted that SW4 has been selected as their London festival of choice.

Recognised as one of the most sought after up-and-coming DJs in dance music, we are delighted to announce that the formidable Kim Ann-Foxman will also be joining us this August. Having made a name for herself in her hometown of New York, Kim’s natural ability was quickly picked up as vocalist for the Hercules & Love Affair’s two hugely successful albums. She has since gone onto tour the world’s finest clubs and festivals as a solo artist. Boasting some of the most intense grooves you are likely to hear at SW4 this summer, this will be the first time that Kim returns to London after her stellar performance at Eats Everything’s XOYO residency. Her production ability is improving by the hour with her latest track ‘Burning Bright’ alongside long-term friend Maya Jane Coles receiving unconditional support, whilst her remix duties are also being exercised to the max.