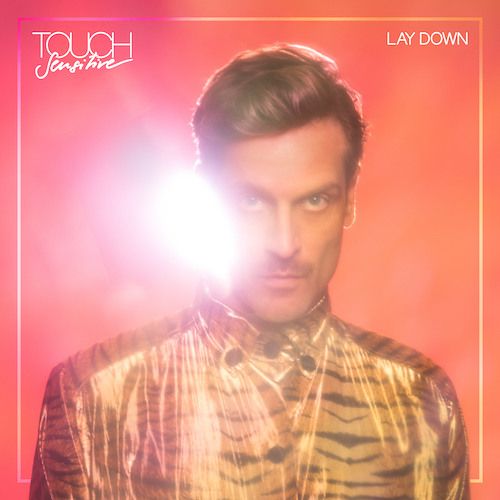 Today marks the return of one of Australia’s favourite producers. Carving the foundations for electronic music with his infectious and undoubtedly retro sound is none other than Touch Sensitive, here to unveil his much anticipated return with new single Lay down out Tuesday May 30 on Future Classic.

Lay Down is a supreme slice of slow-motion house, armed with a swaggering bass line, syncopated synthesisers and hands that pretty much clap themselves. His first official release since 2013’s cult hit Pizza Guy, Lay Down welcomes back the floor-filling disco vibes we have so dearly missed in his four-year absence.

“I’ve always had a two or three year gap between releases, so why break the tradition now?…. Whenever I make something, I ask myself two questions, ‘Would I keep this in my iTunes?’ and ‘Would I show this to my friends?’ That’s really how I judge music.” Luckily, fans have always known Touch Sensitive to preference quality over quantity.

Affectionately described as Future Classic’s ‘spirit animal’, Touch Sensitive is someone who needs no introduction. The much loved producer, performer, DJ, multi-instrumentalist and Van She co-founder is the solo project of Michael Di Francesco, a man who made us believe in miracles with his 2004 debut single and global DJ favouriteBody Stop, one of Future Classic’s earliest releases.

Fast forward to 2012 and Real Talk – the second offering from the Sydney producer that saw him collaborate with Anna Lunoe. The synth-heavy track hit #1 on Beatport’s Indie/Dance Charts and stayed there for five months, being recognised as the 'underground dance track of the year' from all corners of the globe. In 2013 came the release ofPizza Guy, which for many, was the trickling, spacey slow-burner that cemented Touch Sensitive as electronic music's MVP.

Although he’s only released a handful of songs, each has seen a significant amount of remix treatment from some of the world's top DJs including LA’s finest duo Classixx, Fantastic Man, I:Cube & Lauer. A favourite on the Australian festival circuit, Francesco has appeared at Splendour In The Grass, Falls Festival, The Plot, Laneway, Soundscape, Lost Paradise, Mountain Sounds, Perth’s CIRCO and Holy Ship as well as touring the world over with label mates Flight Facilities.

Touch Sensitive has just announced he’ll be taking Lay Down on a single tour of the US. Along with his own headline shows, he'll be joining both Flight Facilities and Flume as support on selected shows. The second half of 2017 is looking mighty fine as we welcome back this one-of-a-kind talent.