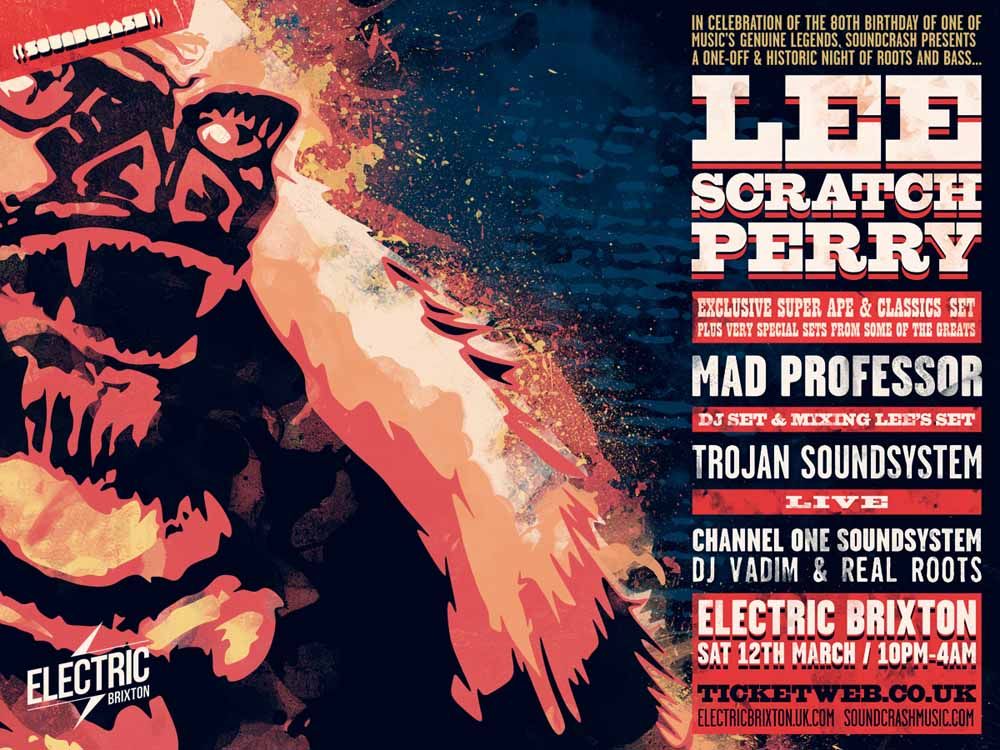 Grammy winning Jamaican music producer Perry was one of the pioneers of dub music, cutting his teeth at Coxsone Dodd’s Studio One hit factory with his early adoption of effects and remixes to create new instrumental or vocal versions of existing reggae tracks. Lee’s band The Upsetters also had notable success, including ska classic ‘Return of Django’ on Trojan Records. Amongst the greats Perry has worked with are Bob Marley and the Wailers, Junior Murvin, The Congos, Max Romeo, The Beastie Boys, Keith Richards, George Clinton and Adrian Sherwood. A biopic, The Upsetter: The Life and Music of Lee Scratch Perry, which was narrated by Academy Award  winner Benicio Del Toro, was released in 2011 to great acclaim.