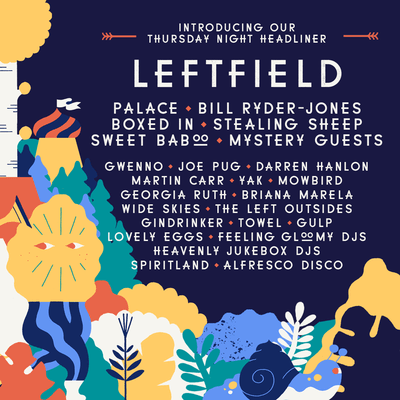 Plus unveil a further 64 acts for bumper 2015 edition!

Synonymous with the rise of UK Dance music throughout the nineties (and well beyond), we are ecstatic to welcome the legendary Leftfield as our Thursday night headliner!

2015 see’s Leftfield celebrate 20 years since the release of seminal album ‘Leftism’ and their latest record ‘Alternative Light Source’ proves they still produce some of the most vibrant electronic music around. Leftfield will kick off the festival in style and are not to be missed.