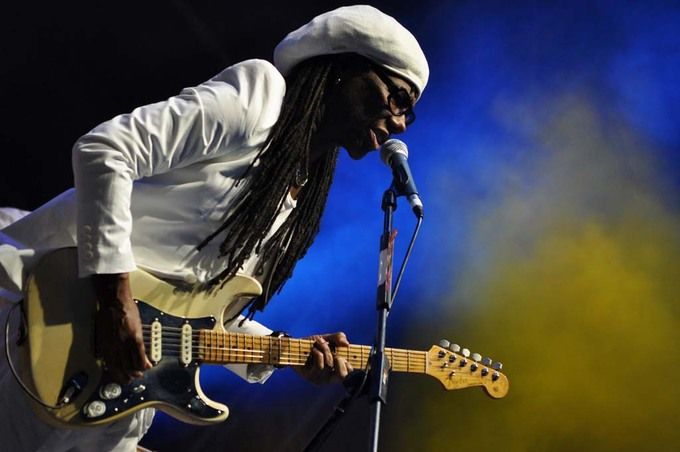 Music legend, multiple GRAMMY-winning composer, producer, arranger and guitarist Nile Rodgers will perform alongside his legendary group Chic on Thursday, August 30, at the spectacular opening of this year's fifth edition of the Sea Dance Festival!

As the co-founder of CHIC and the newly elected Chairman of the Songwriters Hall of Fame, Rodgerspioneered a musical language that generated chart-topping hits like “Le Freak,” (the biggest selling single in the history of Atlantic Records!) and sparked the advent of hip-hop with “Good Times”. He influenced the development of popular music, expanding its boundaries and stands behind some of the greatest hits and albums of the world's greatest stars such as David Bowie, Madonna, Duran Duran, Daft Punk, Eric Clapton, Robert Plant, George Michael, Bryan Ferry, B-52s, INXS and many, many others. His productions for artists like David Bowie, Diana Ross, and Madonna have sold over 500 million albums and 75 million singles worldwide, while his innovative, trendsetting collaborations with Daft Punk on "Get lucky", perhaps the biggest summer hit of this decade, and Lady Gaga, David Guetta, Avicii, Pharrell Williams, Kylie Minogue, Pitbull, Sigala, Disclosure and Sam Smith reflect the vanguard of contemporary music. His work transcends all styles of music across every generation with a body of work that’s garnered him inductions into the Rock & Roll Hall of Fame (2017) and the Songwriters Hall of Fame (2016). Nile Rodgers & CHIC will be releasing their first new album in 25 years, “It’s About Time” in September his year.

The fifth Sea Dance Festival moves to Buljarica in Budva, where the world’s largest and regional music stars will perform on several stages from August 30th to September 1st. Stunning destination, more than 2km long Buljarica beach is the pearl of untouched nature in Mediterranean. An arc of soft sand and pebbles, backed by a deep-shade forest make this beach in Montenegro an oasis of green. It is a 30min ride along the azure coast from the Old Town in Budva, which makes it an ideal location for those perfect summer festival’s nights followed by dreamy, salt-induced, beach days.

A medium-sized festival with a major festival line-up, Sea Dance packs no punches when it comes to artists, location and value-for-money. Tickets for Sea Dance Festival can be snapped up for just £29 + BF. Only 350m away from the festival venue, Maslina camp, with a 300-year-old olive orchard, offers a pleasant atmosphere perfect for an unforgettable camping experience. Accomodation and transfers offers can be found at: www.seadancefestvial.me