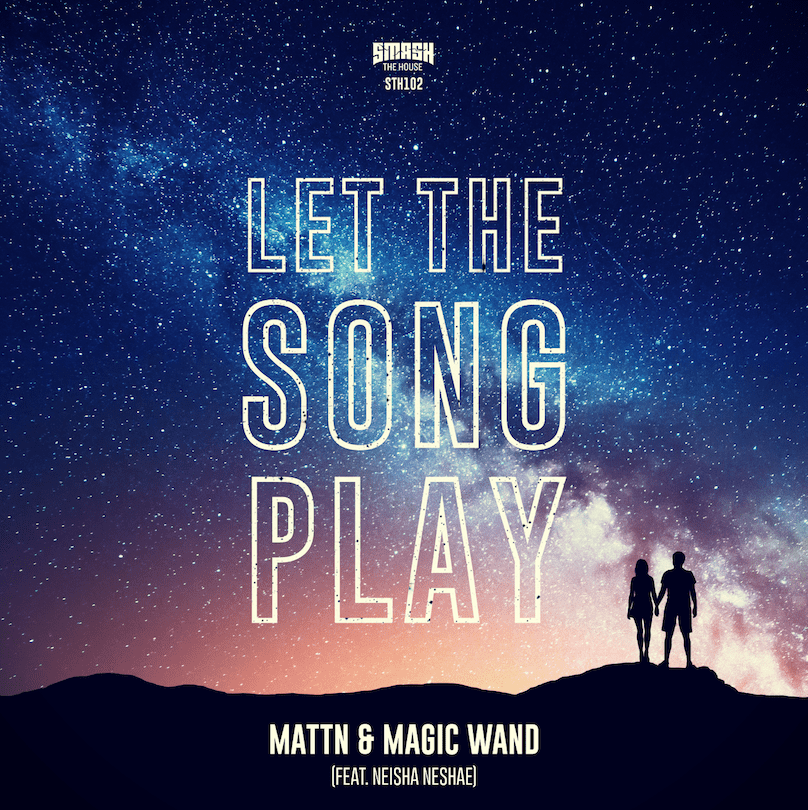 As Smash The House continues to solidify its status as one of the most prolifically daring labels in modern, mainstage electronic music, Belgian favourites MATTN and Magic Wand join forces with rising Detroit star Neisha Neshae for ‘Let The Song Play’.

Taking a leftfield step away from their usual high-intensity antics, MATTN and Magic Wand, both fresh from remixing label head honchos’ Dimitri Vegas & Like Mike’s sizzling Diplo & Kid Ink collab ‘Hey Baby’, the pair unite to make musical magic once more. Incorporating tropical house elements with a winding intro and syncopated beats that simmer under Neisha’s immediately arresting vocal, the trio concoct an anthem that doesn’t blast off into orbit, but rather teases its way into your consciousness with an R&B-meets-trapconfidence.

Getting poised to dominate sets across Tomorrowland amongst others this Summer, get locked into the fresh sounds of MATTN & Magic Wand feat Neisha Neshae’s ‘Let The Song Play’ when it drops April 14th, with an exciting accompanying video coming soon…