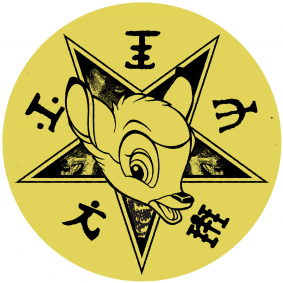 With a brimming catalogue of music that operates in the more adventurous quarters of the techno music genre, A Sagittariun preps his first release of 2018, with a remix disc of one the Holy Grail of tracks from one of the most endearing electronic acts of the 1990s.

The Sabres Of Paradise, AKA Andrew Weatherall, Gary Burns and Jagz Kooner, released a clutch of acclaimed albums, singles and remixes between the years 1992 and 1995, when the trio disbanded. Three albums for Warp, remixes of The Future Sound Of London, Leftfield & Lydon, Bjork, New Order and The Dust Brothers (AKA Chemical Brothers), and not forgetting the now legendary ‘Smokebelch II’ single, which must have soundtracked hundreds of thou- sands of sunsets and chillout after hours over the years, have left a huge treasure trove of a cata- logue as part of their legacy.

One production though has gone down in Sabres folklore, since its release was limited to inclusion on one multi artist compilation CD album only, and it is this track, ‘Lick Wid Nit Wit’, that A Sagit- tariun has unearthed, licensed and re-moulded, 25 years after it was produced, for release on his Elastic Dreams label.

A Sagittariun fondly recounts his personal journey and association to the track; “I first heard ‘Lick Wid Nit Wit’ on Weatherall’s 1993 Radio 1 Essential Mix, and it’s literally been ingrained into my musical DNA since then. Produced not long after the Primal Scream ‘Screamadelica’ sessions, the track has all the classic Sabres tropes, from the brazen rim shots to the Middle Eastern style melodica solo and the outrageously psychedelic atmospheric conjured up by the Sabres crew. As a regular clubber at Weatherall’s Sabresonic nights in London in the early 90s, and of course a huge fan of both his solo output and The Sabres Of Paradise catalogue, the task of revisiting, remixing and releasing this track has been a long, complex but ultimately satisfying one, and it feels like a public service has been done in bringing this mysterious, chugging, dubwise Sabres produc- tion back into the public domain”.

The Sabres Of Paradise, ‘Lick Wid Nit Wit’ (incl. A Sagittariun Remixes), is released on 12” vinyl and digital download on 16th March 2018.