Lil Eddie drops a moving set for visuals for “Still”

Lil Eddie drops a moving set for visuals for “Still”

Harlem born Lil Eddie has generated critical  acclaim as a singer, songwriter, and producer. With credits for artists ranging from JLo, Jessie J, Keith Richards, and P Diddy, the video for his latest single “Still” proves the multifaceted artist to be a force of nature across the musical landscape.

“Still” is a powerful musical statement that combines stripped-down piano melodies and a raw, emotional vocal performance from Eddie. “I wanted to sing a story about the things in life that make you still. The beauty of love. When all else fails, love prevails,” he explains. The music video is a touching and poignant display of urgent humanitarian issues, highlighting the message that no matter how difficult a position the world finds itself in, love and positivity will prevail.

“In such a historic and devastating time, I wanted to remind people that in a time of stillness we must remember what matters most. People! We all need each other and together we can overcome anything”.

Lil Eddie has been a staple of the industry for a number of years now. His contributions have led him to collaborate with some of the world’s best as well as become a guest judge on the UK’s X-Factor: The Band, leading to help form hit girl group Fifth Harmony and Latin boy band CNCO.

With two Grammy Awards and twelve nominations under his belt, Lil Eddie is gearing up to release a series of singles throughout the year. “I’ve got so much new music to come, I can’t wait for it to be released!”

Check out the new video now! 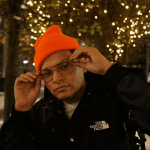