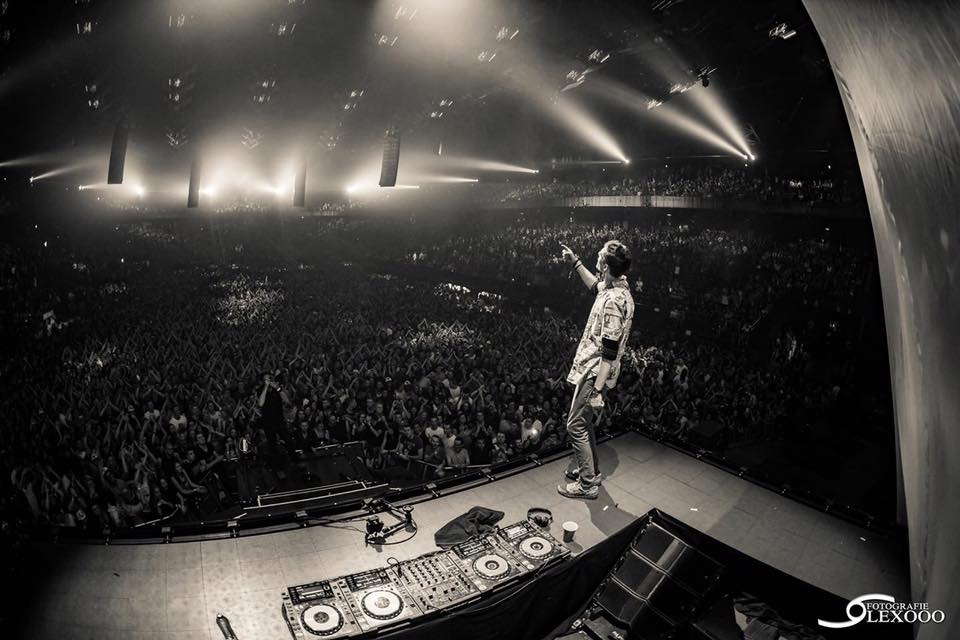 By emerging victorious in the “Dance International” and “Hit Of The Year” categories at the ECHO award ceremony in Berlin (comparalbe with the U.S. Grammy's), Lost Frequencies claimed two of Germany’s most important music awards last night. In the “Hit Of The Year” category, his world-renowned hit single ‘Are You With Me’ surpassed other high-profile tracks from Adele, Felix Jaehn feat. Jasmine Thompson, Major Lazer feat. DJ Snake & MØ, and Sido feat. Andreas Bourani.

Unfortunately unable to collect the awards in person due to his first tour in Norway, Lost Frequencies sent a video message addressing his German fans instead, thanking them for their continuous support. Lost Frequencies: “I’m SO happy with this ECHO Award. A massive thank you to every single one of my fans!”

Past year bore a lot of fruit for Lost Frequencies, especially in Germany. Debut single ‘Are You With Me’, which was released on Armada Music sub label The Bearded Man, managed to become the most played track on German radio with 66.000 on-air plays in 2015. In addition, the single became the #1 most downloaded track in Germany in 2015 as well.

In total, ‘Are You With Me’ reeled in no less than 300 million streams worldwide, whereas second single ‘Reality’ has been streamed over 150 million streams to date. Both tracks were awarded with certified platinum and gold in a great variety of countries. ‘Are You With Me’ reached double platinum and triple gold in Germany, whereas ‘Reality’ added to the tally by selling certified platinum and gold in the country as well. Lost Frequencies’ next single is soon to hit the world, in addition to his highly-anticipated debut album, which is expected to be released later this year.

Maykel Piron, CEO Armada Music: “Winning these ECHO awards not just underlines the massive success of Lost Frequencies this year. It also proves how fruitful the partnership of Armada Music and Kontor Records has been. Therefore, I would like to thank Jens Thele and the rest of his team at Kontor. Together, we managed to achieve great success with both ‘Are You With Me’ and ‘Reality’ and I’m certain that the future has a lot more in store for us.”

Jens Thele, CEO Kontor Records: “Lost Frequencies’ hard work has definitely paid off. Not just because of these ECHO awards, but also because of the other amazing things we saw him achieve this year. I’m so happy with the fact that my team at Kontor, my good friends at Armada Music, and myself got to be a part of all this. I would like to thank everyone who contributed to this amazing achievement.”