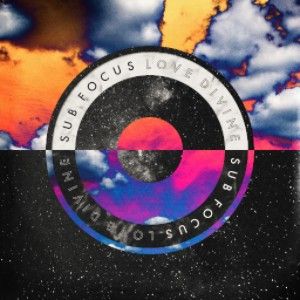 Sub Focus has released brand new original track ‘Love Divine’. It follows the success of ‘Nobody Knows’; with widespread radio support from the likes of Annie Mac, Danny Howard and Mistajam, the track had a fantastic reception.

The track opens with a hefty bassline and old school break beats, before dropping away to reveal soaring vocals and uplifting piano chords. These sections alternate throughout the duration of the track, perfectly blending the producer’s jungle roots and ear for crafting likeable melodies into one neat package.

As Douwma explains, “I grew up in the 90s listening to jungle, speed garage and house. I didn’t want to recreate it exactly but take inspiration and fuse it with something more modern.” Rediscovering the old techniques and equipment th tracks were made on, Nick even sampled some of the original cassettes he’d recorded from pirate radio stations in his teens.

The release comes just ahead of an exciting headline show at London’s world famous Brixton Academy, for respected label RAM Records’ biggest event of the year; New Year’s Eve. It’s his second headline show at the venue of the past few months, after he headed up Halloween for famed promoters Together – with whom Nick also holds a residency at Amnesia Ibiza. With such widespread support across BBC Radio 1, as well as specialist support from fellow high profile DJs like Andy C and Chase & Status ‘Love Divine’ looks set to raise Sub Focus’ profile even further.