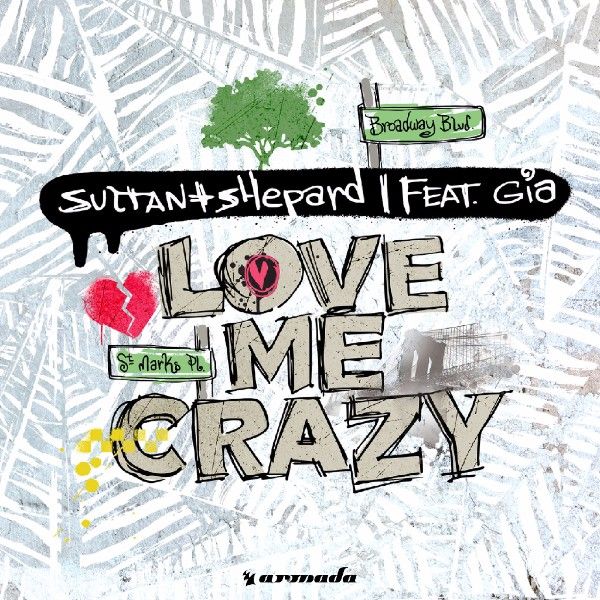 Today, Sultan + Shepard unleashed ‘Love Me Crazy’, their poppy, reggae-flavored collaboration with singer-songwriter Gia. The single sees its release on Armada Music and is the first of several extraordinary creations, all to be bundled into a full-blown EP. The single will be accompanied by an official music video later on.

‘Love Me Crazy’ rises as Sultan + Shepard’s first release on Armada Music after signing exclusively to the Amsterdam-based record company about a month ago. Before inking a deal with Armada Music, the Canadian studio magicians had already worked with the label to release ‘Bring Me Back’, a track made in collaboration with singer-songwriter Kreesha Turner and put out in September 2015. ‘Bring Me Back’ was recently remixed by fellow Canadian artist Guilty Pleasure, which was also released on Armada Music.

Sultan + Shepard formed in 2010, after which their solid in-studio output and vibrant on-stage performances gained them international recognition. In the past five years, Sultan + Shepard worked with and/or remixed tunes from far-famed artists such as Kaskade, Dillon Francis, Tiësto, Lady Gaga, Nelly Furtado, Coldplay, Madonna, and more. In 2013, their remix of Bruno Mars’ ‘Locked Out Of Heaven’ earned them a Grammy® nomination.