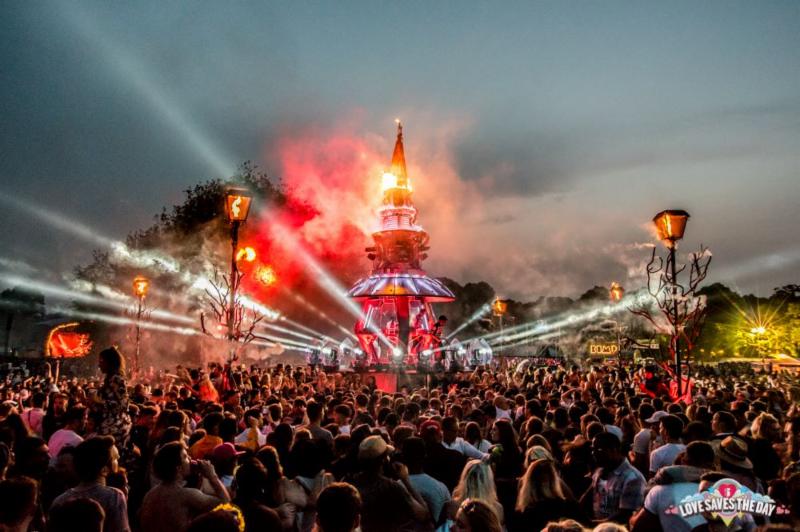 What was the original Arcadia installation, the Afterburner is a 360-degree stage built around a central flaming spire, with dance platforms radiating out to an outer ring of fire shooting torch posts. As well as being a staple at Glastonbury, it has appeared at festivals as far afield as New Zealand, Croatia and the United States. Come May, the Afterburner is returning home to Bristol to bring the fire to Eastville Park.

On Saturday 27th May, the Arcadia Afterburner will feature extended sets from a spread of upcoming and acclaimed DJs alike. Hotly tipped SAORSIE will take to the stage, before passing on to homegrown Bristol favourite Peverelist and fellow lynchpin in modern Bristol electronic music Hodge. Closing the Saturday will be the illustrious Craig Richards, followed by the world renowned Ricardo Villalobos. The prospect of seeing this pair play out from the Afterburner is a tantalising one, with the pair expected to delve deep into their record collections.

On day two of the Festival on Sunday 28th May, the Afterburner Stage welcomes a whole host of names from a broad cross section of D&B, Jungle and Grime. The Afterburner's flames will be set alight by special guest Friction, the rising London, drum and bass producer Dimension, and DJ Hype, who'll be going B2B with Hazard. Drum and bass legends D*Minds take to the stage, whilst the legendary Randall goes back-to-back with 4Hero for a special 'reinforced set'. Bodynod will also on hand to present a Sunday takeover, with P Money, Marcus Nasty and Bristol's very own Blazey Bodynod. MC's GQ, Skibadee, AD, Jakes and Linguistics will host the firey stage throughout in true Love Saves The Day style.

Tickets are on sale now via the Love Saves The Day website: www.lovesavestheday.org