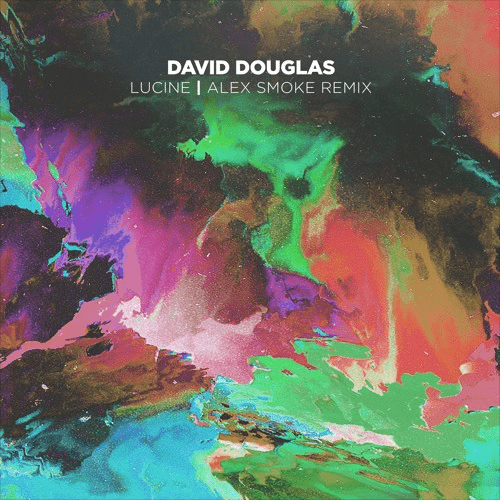 ‘Lucine’ is the latest single from Dutch producer/artist/video director David Douglas. Following the release of his critically acclaimed debut ‘Moon Observations,' ‘Lucine’ is a journey through sun-kissed disco and gentle electronic pop, subtly playing with psychedelic and experimental elements and weaving organic textures alongside more robotic landscapes. 2014’s 'Moon Observations’ was inspired by a different star-gazer with the same name. That David Douglas was a 18th century explorer and naturalist, whose writings on astronomical observation has inspired the more modern Douglas’ latest music. Those eleven tracks of beautifully fleshed-out electronica were certainly a worthy tribute, and ‘Lucine’ continues the story in blissful fashion.

David Douglas is without doubt one of the most expressive and all-emcompassing creators around. Also an esteemed video director, he then switched his focus to music, and both his 2012 ‘Royal Horticultural Society’ EP and his debut album 'Moon Observations’ were warmly received. David's live sets are known for the substantial amount of gear he has in tow, including a Space Echo that is essential for his signature sound. His shows at PITCH Festival, Best Kept Secret and Into The Woods inspired the penning of his second full album, set to drop early next year via Atomnation. More details to come soon.