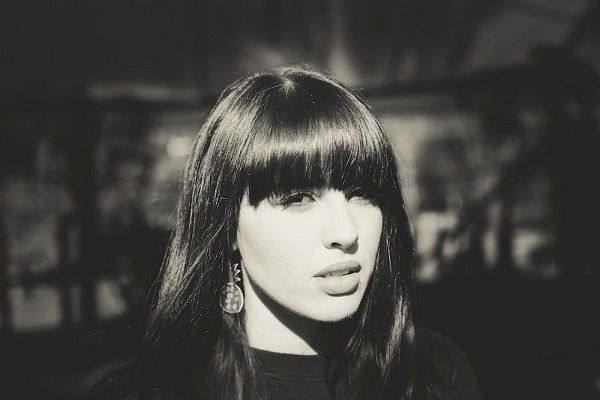 Having commanded the attention of the blogosphere since her 2014 debut EP, ‘White as Snow’, London-based Australian singer-songwriter Lucy Mason returns with her follow-up EP, ‘All You Want’.

While her debut effort reached number 47 in the Australian iTunes Pop Album Chart, ‘All You Want’ has also enjoyed an overwhelming reception so far, scoring Lucy her first ever UK radio play on BBC Introducing as well as praise from the likes of The 405 and Hilly Dilly.

Now, following the recent unveiling of ‘Lost and Found’, whose dark, electronic-tinged pop flavour has drawn comparisons to Imogen Heap and Feist, Lucy reveals its beautiful accompanying visuals. Shot at Notting Hill’s luxurious Beach Blanket Babylon, its evocative staging and stuttering camera work provides a stark contrast to the song, whilst demonstrating Lucy’s talents as a visual artist too.

Director Matt Sharp says of the video: “In ‘Lost and Found’, I wanted to communicate repetition and turmoil, fronted with poise and dignity. The piece visualises the abstraction that occurs when one remains in their own head. The location provided a haunting backdrop for the performance, and I think it really echoes the layers that are heard in the music.”

Matt’s next visual instalment will see his atmospheric style complement ‘Seas Of Grey’, a track rooted heavily in an electronic sound world, with cavernous percussion recalling the best of 80s pop along with thick synth pads and glitchy vocal harmonies.

Pure persistence has been the driving influence for Lucy since her teenage years, when she began to cultivate music that was, at all costs, genuine in its emotion and deeply resonant. With a universal appreciation for music beyond the confines of conformity, Lucy has carved her own progressive niche of honest sounds and harmonies, and the depth of textures demonstrated in her new material only serves to enhance her brilliant consistency of tone.

A gifted and versatile live performer, Lucy has played support slots alongside jazz pianist Jamie Cullum and Australian singer-songwriter sensation Matt Corby, as well as receiving a Mayoral invitation to sing in front of thousands in Trafalgar Square as part of West End Live.

Having played a special acoustic performance at Servant Jazz Quarters on 17th June, she will introduce London to her full band with forthcoming shows at The Garage on 18th July, alongside two dates at The Troubadour on the 3rd and 31st July. With work now commencing on a full debut album, be sure to catch Lucy Mason live while you can.