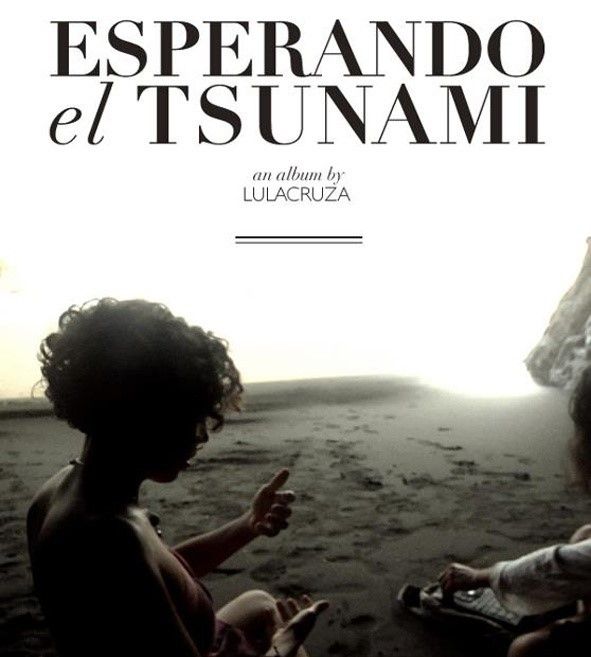 Lulacruza, the internationally acclaimed shamanic electronic band from Latin America released a series of videos, titled Esperando el Tsunami. They are a follow-up to their popular 2011 documentary film of the same name, directed by the acclaimed Vincent Moon, who The New York Times refers to as the “prodigious French filmmaker who reinvented the music video.”

Already supported by the Huffington Post in the US, Clash magazine in the UK and Tsugi in France, the nine-song visual album follows Lulacruza members Alejandra Ortiz and Luis Maurette as they travel throughout Colombia in a quest for the hidden and diverse voice of each exotic locale they visit. Their adventures include performances at the ancient Muisca territory of Cota and Juaica; the marimba and flute-filled rivers in the Colombian Pacific Rainforest; the sacred Sierra Nevada de Santa Marta; and the Tayrona beaches on the Caribbean coast and other ancestral locations.

‘Esperando el Tsunami’ features two songs from Lulacruza’s soon-to-released ‘Orcas’ album, titled ‘El Agua Abarca’ and ‘Lagunita’, as well as alternative versions of several of their classics such as ‘Pensar Bonito’, and other unreleased gems.

The journey served as a rite-of-passage for Lulacruza as they had the opportunity to collaborate with many of their lifelong mentors-gaining depth and maturity in their music. These musicians include Colombian musicians Teto Ocampo, Andrea Etcheverry, Hector Buitrago, Anne Swing, Mario Galeano, Eblis Alvarez, as well as incredible folk musicians such as Baudilio Cuama, Rocio Medina and emerging Colombian artists such as Jimena Angel, Agusa and The Original.

Each performance was inspired by listening deeply for the voices of the land, the ancestral lines that run latent through the territory and dialogue with the performers. Their music weaves together hypnotic female singing, South American folk instruments and electronic processing, while channeling the pulse of creation.

In addition to the visual album, the songs are also available for streaming on SoundCloud. Lulacruza’s upcoming ‘Orcas album’ is expected to be released in April, mixed and mastered by Nicolas Jaar’s sound engineer Vance Galloway, and released on The Polish Ambassador’s boutique label Jumpsuit Records.

Lulacruza is an electronic folk duo operating at the junction of the modern and the ancient, blending shamanic and ritualistic influences with folk and electronic music. Lulacruza consists of Alejandra Ortiz from Colombia and Luis Maurette of Argentina. The two met in 2005 at the Berklee College of Music in Boston, MA, where they bonded over a deep connection with ritual music. They soon formed Lulacruza with Ortiz serving as songbird and playing native instruments from a wide spectrum of cultures, while Maurette complements with electronic processing and sequencing, as well as percussion and charango. For their live show, they recently incorporated Pablo Paz (Argentina) on bass, electronics and percussion.

Lulacruza has performed in over 50 cities in 5 countries and are rooted in the electronic music festival scene, playing at Lightning in a Bottle, Beloved, Decibel and Chicago World Music Festival. They’ve shared the stage with top musicians such as Thievery Corporation, Edward Sharpe and the Magnetic Zeros, Beats Antique, Juana Molina, and Dakha Brakha. In 2007, they were chosen as Today’s Top Tune on Jason Bentley’s Morning Becomes Eclectic on KCRW. They have released 6 albums: Do Pretty! (2006), Soloina (2008), an EP of remixes called Canta (2009), Circular Tejido (2011) and in 2015, will be releasing Esperando el Tsunami – Visual Album (2015) and Orcas (2015).