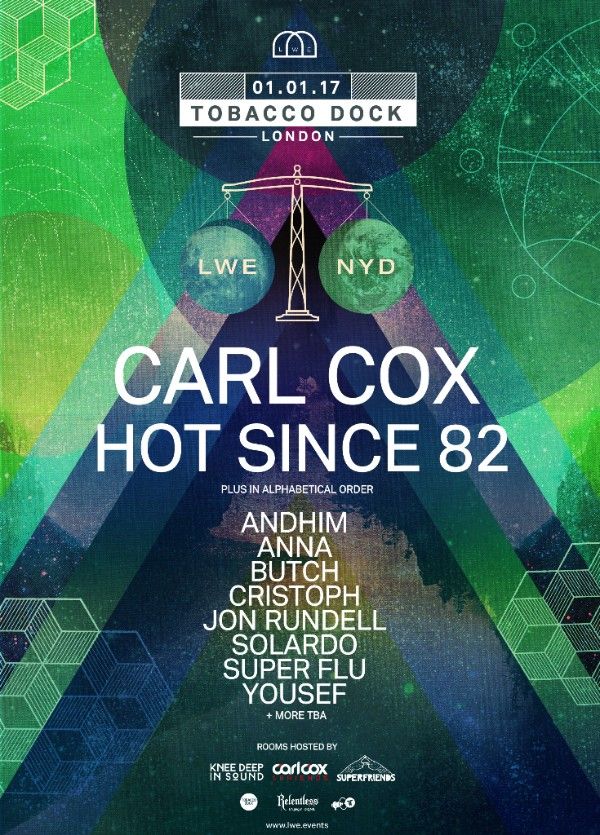 Plus in alphabetical order

Set to follow in the footsteps of what’s been a hugely impressive run of sell-out showcases over the last 3 years – with regular appearances from Maceo Plex, Martinez Brothers and Seth Troxler – this year’s festivities sees LWE welcome back some of their most trusted supporters for room takeovers. Previous SIDEXSIDE headliner and Space Ibiza torchbearer Carl Cox leads proceedings, with Hot Since 82 set to make his Knee Deep in Sound debut at Tobacco Dock. LWE residents for 2016 andhim complete the takeover trio with Superfriends – whilst a cast of inimitable selectors such as Butch, Jon Rundell and Yousef are also confirmed.