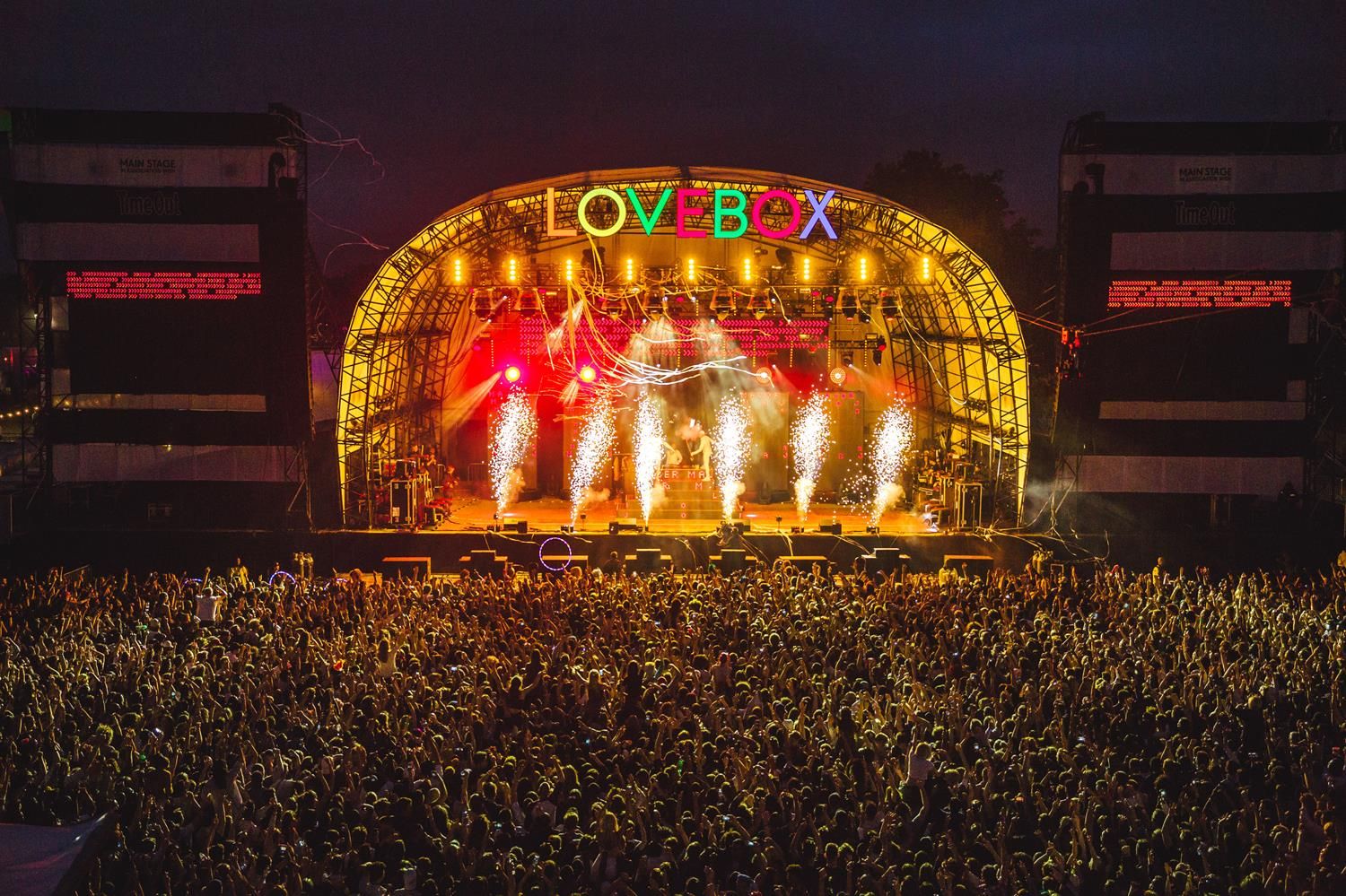 London’s own festival Lovebox opened today at Victoria Park, celebrating its 12th year as the most important date of the year for the capital’s most creative crowd.

Featuring a lineup of the hottest global talent, the most exciting emerging artists, and the most colourful creative, Lovebox brings the love every year. A sold-out crowd watched a roll call of talent that spans genres and eras, including headliners Major Lazer, grime heavyweights Kano and Stormzy, the always-electric Diplo, hard-hitting bass head Hannah Wants, house maestro Heidi, the legend that is David Rodigan MBE and Lovebox favourite Katy B and enjoyed the spectacular carnival atmosphere of Elrow, the fun-packed Bump Roller Disco and food from some of London’s finest street food vendors.

At the Noisey stage the irrepressible Diplo made his second arena headline appearance of the day, bringing Lovebox magic to a sea of revellers. Giggs, David Rodigan MBE, Shy FX & Stamina MC and the rest of the Noisey crew played storming sets from day ’til night.

Up-and-coming producer DJ Barely Legal opened the Fabric stage, making its world exclusive festival debut, to an already keen crowd. The surround sound Pioneer system played as the party grew to a crescendo with the likes of Critical System, Preditah, Big Narstie, Goldlink, DJ Hype & MC IC3, before East London native Kano closed the stage with a set of New Bangers and old favourites in some of the most ecstatic scenes of the day that saw him joined by Giggs and Ghetts.

Dalston basement bar Visions has garnered a reputation for being one of London’s most exciting night spots, and hosted residents Darq E Freaker, Star.One and Snips plus special guests Newham Generals, who brought the legendary Visions party to Lovebox yet again.

This year for the first time i-D presents VIP: Ocean Drive, inspired by the hedonistic lifestyle and intriguing charm of Miami Beach. They brought the stateside beach vibes to Victoria Park especially for Lovebox. Work It DJs warmed up as Goldie headed up the VIP bill with a special hip-hop only set.

Elsewhere onsite, Lovebox have lovingly curated a selection of London’s best restaurateurs who served up a delicious selection of street food. If that wasn’t enough, revellers could be found taking a spin at the Bump Roller Disco, or being wowed by spoken word at The Voicebox presented by Apples and Snakes and Roundhouse.

Day one came to a close in explosive fashion as Major Lazer took to the Main Stage, playing an epic set, wowing the hyped crowd with powerful hit after hit. The trio played an pyrotechnic laced set, including surprise guest MØ, who joined the trio for their chart-topping track ‘Lean On’.